As noted on Monday, AEW President & CEO Tony Khan threw a Memorial Day beach party for employees and friends. You can see photos from the party at this link.

Mike Tyson and Henry Cejudo were among the names who attended the party. One of the more surprising names to attend the party was WWE NXT Champion Adam Cole, as was revealed in the photo below of Tony Schiavone and Nyla Rose.

There’s new speculation on Cole possibly going to AEW once his WWE contract is up. That seems unlikely as Cole has been pushed at the top of the brand for a while now, but as we’ve seen in the past, anything is possible in the world of pro wrestling. Cole reportedly signed his deal in August 2017 and if he hasn’t re-signed yet, then that deal would be expiring this summer as WWE was signing talents to three-year NXT deals at that time. There’s no word yet on if Cole has re-signed a new deal since then.

Baker, who has appeared on camera at NXT events in the past, recently appeared on the AEW Unrestricted podcast and said Cole was not allowed to be at the “All In” show in 2018, but he was still in Chicago to support her that weekend.

“We’re very lucky that Tony has no problem with me going to watch his live shows,” Baker said. “So I, as we all know, was in the crowd at Takeover when he won the title for the first time. This is also annoying, but he originally was told he can’t come to our shows. For All In actually, he had a plane ticket booked, and then they told him you can’t go. So he still came to be support. He just watched it on his phone in the hotel room so he could be at the after party afterwards. We both wanted to go.

“Recently, they’ve changed their tune, and he was able to come to our New Year’s show. And it’s great for him too because this is his family like The Young Bucks and Adam Cole go way back. They have been together long before Adam Cole and Britt Baker were together.”

Stay tuned for updates on Cole’s contract status. You can see the photo of Cole at the party on Monday below: 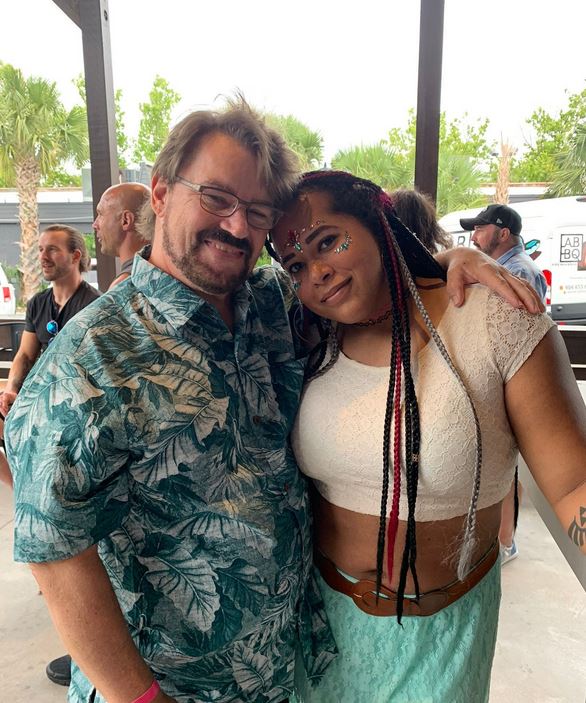 Matt Riddle Going to SmackDown Over RAW Due to Politics?, More on Riddle’s WWE Call-Up