Bret Hart and Angelina Love Announced for New Movie, Batista Movie Pulled from Theaters for Amazon Prime Due to Coronavirus

The “My Spy” family comedy movie with 2020 WWE Hall of Famer Batista has been delayed once again. However, now it’s been announced that the movie will go straight to Amazon Prime for streaming instead of a theatrical release.

The premiere date has not been announced, but we will keep you updated. You can see a trailer for the movie above. The movie was originally scheduled for late 2019, but then it was announced for January 2020, then April 2020. The coronavirus pandemic forced the movie to be delayed again, and it ended up opening in Australian theaters, but that was it.

Promotional material for the movie notes that Batista stars as a “hardened CIA operative” named JJ, who has been demoted. He finds himself at the mercy of a 9 year old girl named Sophie, played by Chloe Coleman, after he has been sent undercover to conduct surveillance her family. The kid discovers hidden cameras in their home and uses her tech savviness to locate where the surveillance operation is set up at. She convinces JJ to spend time with her and teach her to be a spy, in exchange for promising to not blow his cover. While reluctant, JJ finds that he is no match for Sophie’s wit and disarming charm. The movie also stars Ken Jeong, Parisa Fitz-Henley, and Kristen Schaal.

In other pro wrestling-related news, WWE Hall of Famer Bret Hart has been announced for the new “Demented” movie, which is described as a “film-within-a-film” by the producers.

The project currently is raising money on Kickstarter at this link, with a goal of more than $18,000. New Blood Entertainment Ltd. from Hamilton, Ontario, Canada issued the following on the movie today:

DEMENTED is a film-within-a-film, that takes you deep into the dark world of fetish cinema. An edgy, eerie, docu-style story, telling the harsh realities of voyeurism meeting Final-Fantasy. A world in which hidden figures exist expressly to take advantage of the meek. Young women on the fringe of society, looking for the promise of “true love” and a ‘better life’ are dragged down the torturous road of No Return. The sick, twisted minds of the Dark Net’s Master Manipulators are the New Puppet Masters and profiteers, forcing these lost girls to do their perverted bidding in the most disturbing recesses of the Dark Net.

DEMENTED is a twisted triangle of hope, haplessness and horror that continues to dominate today’s shocking headlines, that of human trafficking.

New Blood Entertainment is seeking crowd funding to complete the post production of Demented. We will be offering Autographed DVD/Blurays, Advanced VOD pre-release screenings, IMDB Credits, Associate Producer credits and Digital downloads of Horror films. We don’t believe in getting something for nothing. Please support indie horror. Our aim is to have Demented released by Halloween 2020.

Below is a promotional poster for the movie: 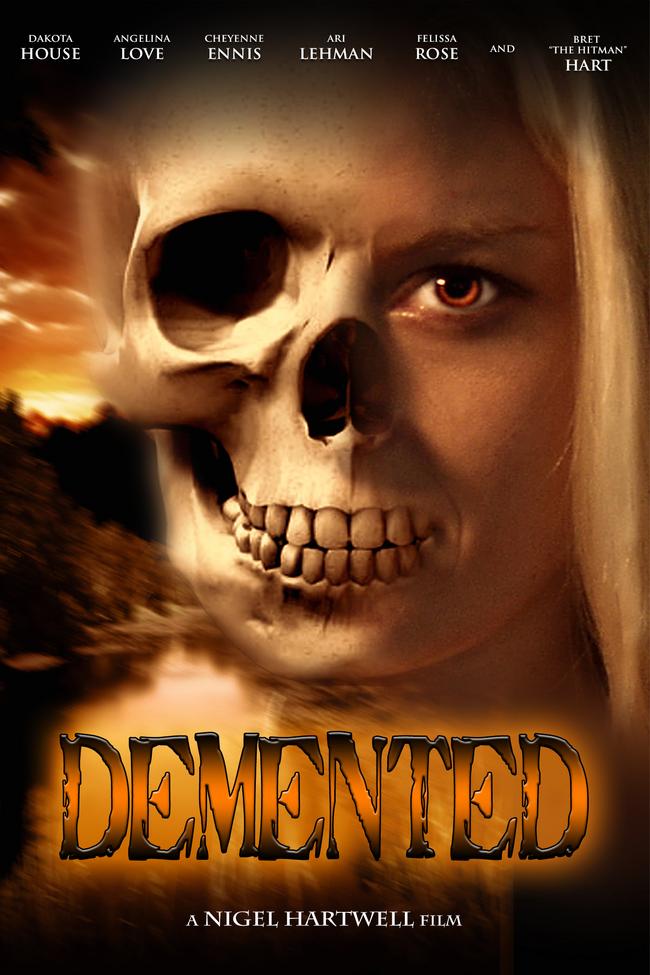