by Marc Middleton
in WWE News, WWE Rumors and Spoilers
A A
12

Rhodes took to his Instagram Stories earlier today and posted lyrics from “Turn The Page” by Bob Seger. Rhodes posted the following lyrics:

This has led to speculation on Rhodes possibly making his return to WWE on tonight’s RAW from the Nationwide Arena in Columbus, OH, but nothing is official as of this writing.

It’s still believed that Rhodes is headed back to WWE following his recent AEW departure, but there’s no concrete word on when that return will happen. There’s been a lot of speculation on WWE bringing Rhodes back during the RAW After WrestleMania on April 4.

Stay tuned for more. You can see a screenshot of Rhodes’ Instagram Story below: 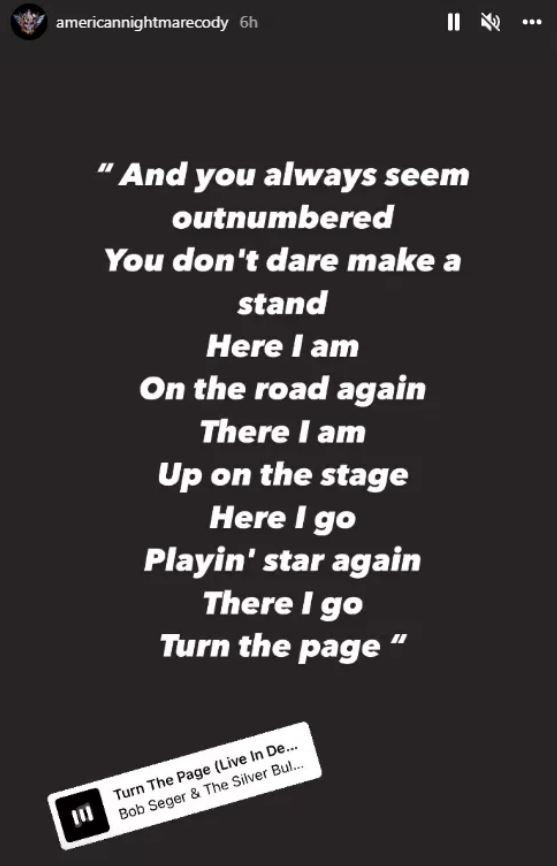