Dominik Dijakovic Adds to Rumors on His WWE RAW Call-Up

WWE NXT Superstar Dominik Dijakovic fueled speculation on his status today after wiping his Twitter account clean and blacking it out.

It was reported earlier this summer that Dijakovic was scheduled for a main roster call-up to the RAW roster soon. The beatdown from Karrion Kross on NXT TV last month may have been the angle to write him out of the brand, but that has not been confirmed.

As seen in the screenshot below, Dijakovic has changed his Twitter name to just a period, and he has blacked out his profile photo and his cover photo. He’s also deleted all of his tweets, and is following no one.

It’s been reported that a “new concept” will be introduced on tonight’s RAW, and WWE also announced that a new stable will be debuting tonight, as we’ve noted here. There are obvious rumors on Dijakovic being a part of these red brand happenings, but it should be noted that his call-up has not been confirmed for this week.

Stay tuned for updates on Dijakovic’s status. You can see a screenshot of his Twitter account below: 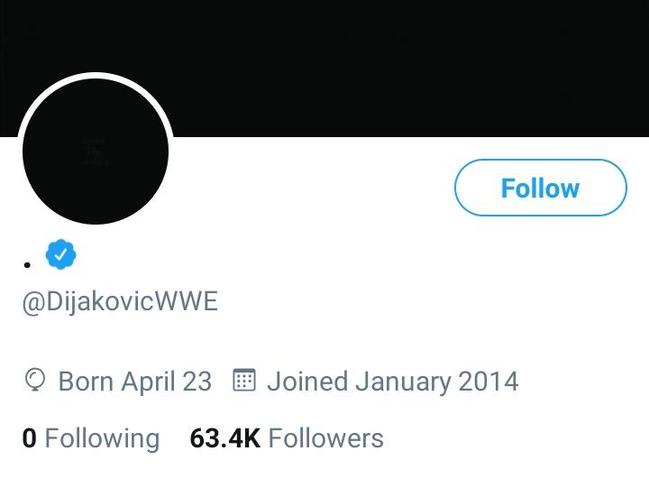