I’m going to start by saying I took this idea from @JsmallSAINTS on Twitter. But after thinking about it, I want to do a whole column on it. What is the idea? While, talking about face and heel presidents of course. You see, in my lifetime there have been 6 presidents, and all of them are completely different from each other. You start with Reagan, and take the journey to Trump, and eventually you’ll get to Biden. If you divide them up to face or heels, what do you get? Well, I want to explore that.

Now I’m not going to dive too deep into policy, or foreign affairs. If we do that, almost all of them would be heels. For every Bin Laden, there is a Libya, for every “Tear Down This Wall,” there is an Iran Contra. So, we are staying with pure surface level stuff here, we’re talking popularity, domestic scandals, communication. We’ll have some fun with this. I’m only doing presidents in my lifetime, I can’t speak for Jimmy Carter, or Richard Nixon. But I can talk about…

Now Ronald Reagan was president in a very interesting time in American history. The 70’s were defined by gas shortages, energy shortages, and this happened under both Nixon and Carter. It wasn’t a policy thing as much as it was a sign of the times. So, in the aftermath of Watergate and the Iran Hostage crisis, America needed a hero, and they got it. Ronald Reagan was the classic American white meat baby face. He was called the Great Communicator. Reality was, he was an actor who had the best advisors around him, but he listened to his advisors. This allowed Reagan to remain very popular with his audience. Also, Reagan cut taxes, which is a guarantee to get babyface pops every night.

Reagan is not without controversy domestically though. The Nixon’s War on Drugs was escalated under Reagan. Reagan’s racist dog whistles about welfare queens can been seen sort of like Hulk Hogan battling the latest racial stereotype. Finally, he decided not to respond to the AIDS epidemic because at the time it only affected the gay community, and Reagan had position himself as a man who wanted prayer in school. This would not fly in today’s era. With that said, in the 80’s Reagan was extremely popular. He communicated his optimism and won re-election by the biggest margin in history. Without a doubt, he was a babyface wrapped in Red, White, and Blue. 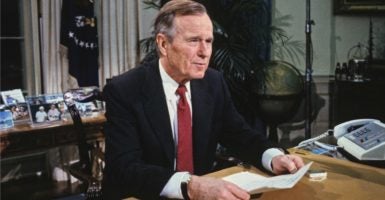 I can clearly remember the George Bush administration. It was a time when you didn’t think of Republicans as enemies of progress, but rather keepers of tradition. No president in my lifetime felt like that neutral, non-partisan, fair, authority figure quite like George Bush. A long-time politician, Bush had done everything from run the CIA to be president. And because of this, he was not as accepting as Reagan of more conservative ideals. Instead he focused on passing the Clean Air Act, he actually raised taxes, and signed the Americans with Disabilities Act.

All of that makes it seems like Bush would be a babyface right? He was the bipartisan president we all have wanted for so long. Well, he wasn’t popular in his own party. Republicans were looking for a fresh brand of conservatism, which they’d found in Newt Gingrich. And given the choice between a moderate fair Republican, or a Democrat to pass their bills, Democrats were going to side with a Democrat. So Bush Sr. didn’t last long in office. He wasn’t unpopular, but he wasn’t popular either. He was a nice, down the middle, boring kind of guy who was fair. All of that doesn’t win elections. 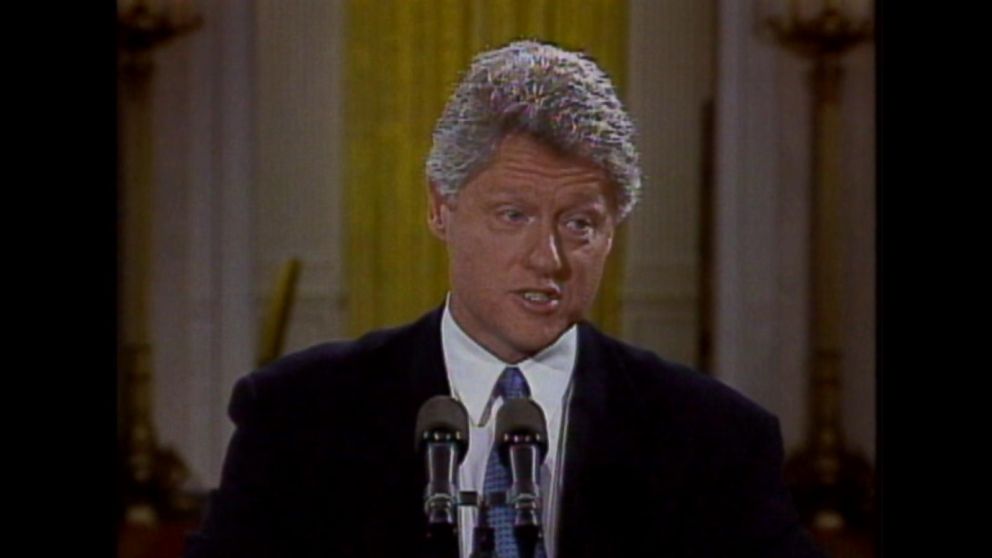 What can I say about Bill Clinton? During the 90’s, Bill was such a mixed bag, but that’s exactly how you can describe the decade as well. Clinton was the type of politician, who like Reagan, could communicate effectively and get the nation to support him and his ideas. Before we get to the obvious, let’s go to why Clinton was popular to begin with. In his first year in office, Clinton signed the Family and Medical Leave Act, which allowed people, especially mothers, to take time off, especially when having a baby. Clinton also lowered taxes for middle- and low-income people, but raised taxes on the wealthy, and that same bill demanded a balanced budget. Clinton also had Welfare Reform and signed the popular at the time Crime Bill. Also, he had the Don’t Ask, Don’t Tell bill. But Clinton lost his support, and the House and Senate flipped to the Republican Party, ushering a long drawn out era of divisive politics. Being the communicator he was, Clinton positioned himself to be the face, and used his presidency to paint the Republicans as the heels.

Over time the Republicans would investigate Clinton on almost everything, they were looking for anything to get him out of office. What they found was a young intern name Monica Lewinsky. Clinton not only cheated on his wife but lied under oath about doing it. Now, to most Americans, lying about sex wasn’t a big deal. This was the same America that was ushering in the Attitude Era. Bill Clinton actions were scandalous by 50’s or 60’s American standards. In the 90’s it was parodied and made fun of nightly. Heck, Jay Leno passed David Letterman in the nighttime ratings and never looked back because he spent every night making fun of Bill. In the end, Bill Clinton still remained popular and ended up keeping his position as president. But America was done with the flawed face, they wanted something new. The Bush administration had all the potential in the world to be the biggest babyfaces in US History. Heck, the first thing they did was cut taxes to even lower rates than Bill Clinton. Then just a few months of being president, one of the greatest tragedies happened, 9-11. And within 48 hours, Bush’s popularity changed. He didn’t win the popular vote, his win came through court cases, but many still liked him. Yet, when 9-11 happened, he had the highest approval ratings of any president in history. The American people were fully behind him. Within months, Bush would lead the US troops through Afghanistan, and it looked like Osama Bin Laden would be held responsible for that faithful morning. But things took a turn.

After 18 months of fighting in Afghanistan, Bush turned his attention to Iraq. This was a popular decision at the time because many assumed long time US rivals Saddam Hussain and Osama Bin Laden were friends. They weren’t, they didn’t like each other at all. After winning re-election, Bush would face trouble. Hurricane Katrina ripped New Orleans which the government botched the response, we found out our troops were torturing prisoners of war, and the housing market would collapse. At the same time, many started to question if Bush was smart enough to do the job. Bush became heavily unpopular. On top of all the domestic issues, Iraq was unstable, and we never caught Osama Bin Laden. By the end, Bush would leave with the highest disapproval ratings in history. For prospective, his approval rating was 90%, when he left his disapproval was 71%. 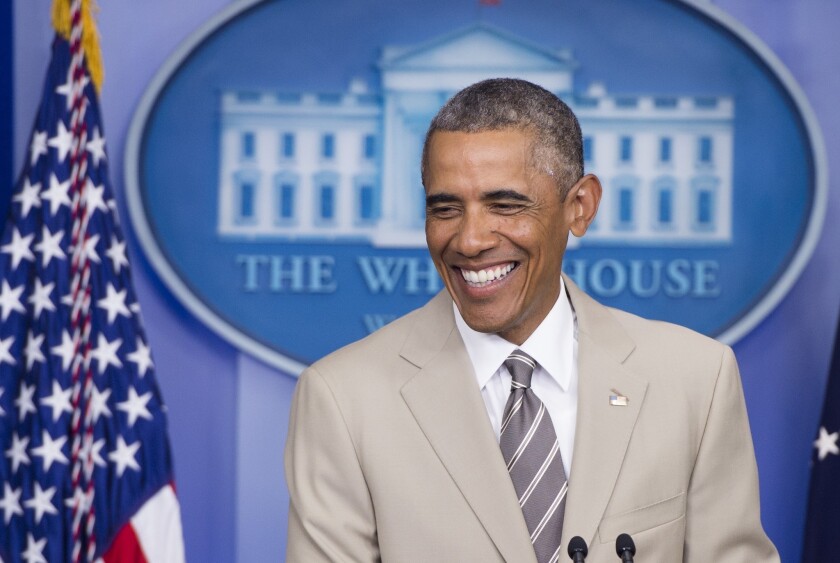 I don’t know who booed Ron Simmons when he won the WCW title. It was history, and everyone was there to celebrate. Obama in 2008 had an even bigger moment than that. Obama won the presidency and became the first Black president in history. And he was popular right away. Charismatic, intelligent with Harvard degrees, and a cool never seen in the White House, Obama always seemed to say or do the right thing all the time. To give an example of the Obama presidency, his lowest point of popularity came in 2014, when he had a 40% approval rating. Two things were dominating the news, Black Lives Matter protest in Ferguson, Missouri, and his famous tan suit. But it was hard to boo the guy who expanded health care, set up a stimulus to save the economy, and captured and killed Osama Bin Laden.

Obama would remain popular his whole time in office. Well Clinton tried to set himself up as an underdog babyface, Obama was the underdog babyface. He would lose control of congress almost right away, and he had a hard time passing any bills. Mitch McConnell’s strategy was to block everything Obama did, in order to prevent him from winning a second term. His actual quote was, “The single most important thing we want to achieve is for President Obama to be a one-term president.” Obama was setting up to be a sympatric figure. Add the fact he fought for rights of minority populations, both in terms of gender and sexuality, and Obama remained popular, even today.

It might be too soon, but it looks like Donald Trump will be a heel president, and that’s throughout his whole term. Starting without a win in the popular vote, Trump also never reach above 49% approval rating either. His whole presidency was scarred with scandals and lies. In the first three years, it looked like that wouldn’t matter. You see, as the economy recovered under Obama, that growth continued Into the Trump administration. Then he did what all face presidents do, he lowered taxes! But instead of it feeling like a great thing, this time felt more like the Million Dollar man putting a hundred-dollar bill in someone’s mouth.

The biggest thing that defined Trump was how he handled the CoVID-19 pandemic. Trump looked like he was going to take this seriously at first. He had daily press briefings, he had experts of disease talking, and he bought into social distancing. But as time went on, he grew impatient. This caused friction between his people. There became maskers, and unmaskers. As the pandemic continued, we had people unsure how to handle the it. Also, millions of people lost their jobs, which didn’t help matters. Predictably, Trump lost his re-election bid. It’s hard to run a full heel program and expect to win an election.

What will Biden Be? 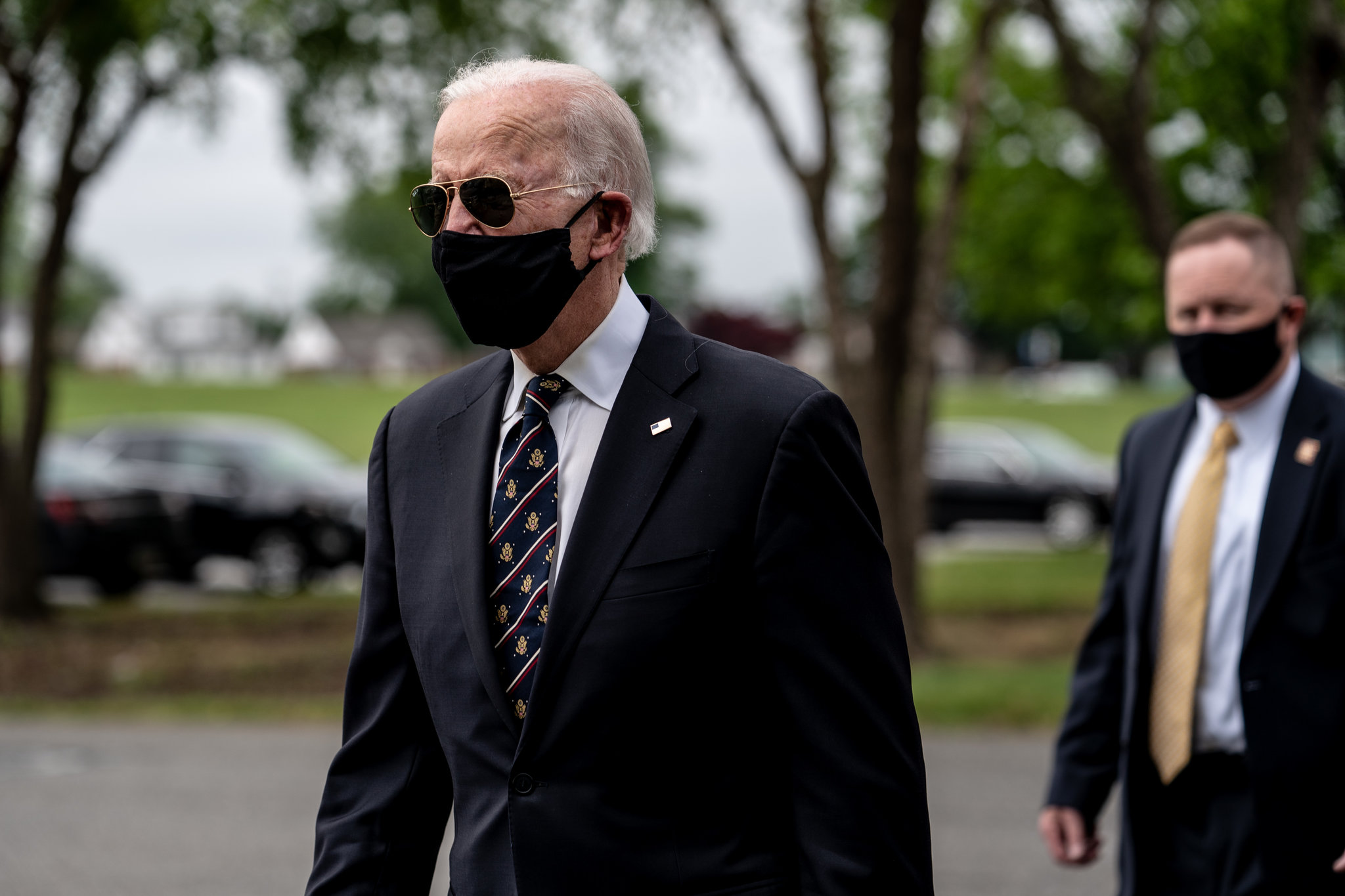 To be honest, Biden can be anything. If he’s Uncle Joe from the Obama administration, he’ll stay a face, if he’s Establishment Joe from the primaries, he will be a heel. Maybe he’s Honest Joe, and he is a Jack Tunney neutral. Whatever route he goes, it will be interesting to see. I will say it was fitting to see him, a product of working class America, in front of all those cars. I personally am just looking forward to seeing what a Biden administration brings to the table.

Jey Uso Says Daniel Bryan Was In The Wrong Place At The Wrong Time, Hasn’t Spoken To Jimmy Uso Since Joining Roman Reigns