by LWO4Life
in El Gringo Loco
A A
6

I’ll be honest, I didn’t watch the Super Bowl. I can’t stand the Chiefs. Last year I remodeled my bathroom. This year I cooked my own chicken wings and deep cleaned my kitchen. Because I knew that the Chiefs would win. Just like an old WWE passing of the torch storyline like Hogan vs. Rock, or Rock vs. Cena, the young lion in his prime would rise and slay the older lion and take over the pride. There was no way around it. But then something happened. Something that I didn’t expect. I looked on Twitter to check the score and the Bucs were winning 21-9. Wow, could this be? Could the Bucs pull off the upset?

I assumed this result because Tom Brady was old. Not just old, he was 43. Forget he’s had the best training a person could buy, he’s 43 years old. A man his age should not be performing at this level for this long. But here we are. Just like the NBA, where LeBron James is still dominating the league at 36 (in basketball, by 36 many players can’t move up and down the court anymore). What is happening in sports? How is it that these older players are still dominating the game this late in their careers? And why would I start a wrestling column like this?

This last week my sons and I watched the Royal Rumble. I was surprised to see my 7-year-old so invested in Edge. Now, he’s a huge Cena fan, so he’s seen his share of Cena/Edge matches on YouTube, but he does know all the other wrestlers. But his emotional investment in Edge seemed beyond just knowing who he is. He was invested in the story, even though Edge was visibly older. At the same time, many Tweets were circulating about how WWE’s average age in the Royal Rumble was 38. My first thought was, WHAT? I remember a time in WCW when you might have taken a random main event, like a War Games, and found the average for that match was also 38. Yet, while that seemed like aging stars in WCW, in WWE today that doesn’t seem that bad.

If you are looking for rising young talent, Big E looks to be getting ready for a push. Yet Big E is 34. That’s right, 34. I use to say that if by 30, a wrestler isn’t a top talent, then they just don’t have it in them. For example, The Rock was champion at 26. John Cena at 27, Brock Lesnar at 25, Randy Orton at 24. But here we are, with young Big E ready for his push. Yet in 2021, I can honestly say that a Big E push just feels right. Just to add to my thoughts about by the age of 30, only two wrestlers were under 30 in the Royal Rumble, Dominik Mysterio and Otis. Yet if you watched the Rumble, many had great performances and looked in great shape.

Why Stars are Older

If you are watching AEW, great, they are the younger, cooler brand right now. They have more athletic matches and they wrestler a newer style. Watching WWE, they have more establish stars, their matches are solid, and it’s a style that’s as familiar as McDonald’s cheeseburgers. If you rooting for the Chiefs, you are rooting for a young quarterback who plays a more exciting athletic style. Rooting for the Bucs, you are rooting for a reliable vet whose offense runs a very conventional offense that you’ve seen a million times and you can almost predict what he’ll do. Guess what, the reliable vet won. It’s the sign of the times. But why? Why are sports stars today old, and by extension, wrestlers. Well, the answer is very simple.

Wrestling if anything is an extension of society. No matter what anyone says, wrestling has never driven culture, it reflects culture. Even the Attitude Era reflected the era when the President’s blow job was covered on the evening news. In the sports world wrestling has always followed the trends. The major trend in sports today is training. Athletes today are putting so much into their training, and they are having longer careers. In the previous era, a star like Randy Orton might have started to fade two to three years ago, but now Orton reports he might have another 10 years left in him. AJ Styles is still having high quality matches at 43 years old, Bobby Lashley is better than ever at 44, and either 41-year-old John Morrison or 45-year-old Shelton Benjamin could be the best athlete in wrestling still. What we are seeing is the evolution of training. 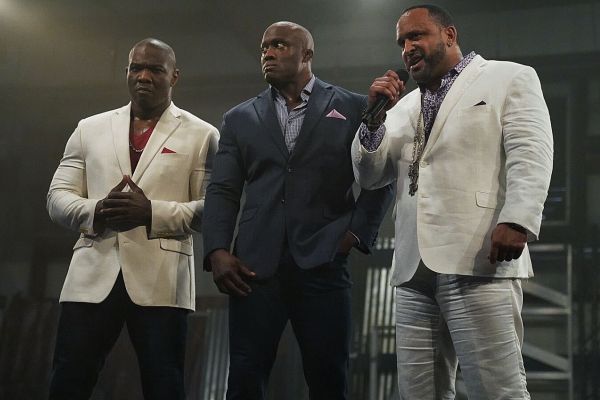 Grown men who can beat almost everyone in the lockerroom

The Way It’s Supposed to Be

To be fair, if the carnie wrestling forefathers saw today, and wrestlers doing this into their 40’s, they’d actually be proud. Wrestling changed over 100 years ago so that the action could be faster, and careers could last longer. If you can make wrestling so that it is safer, then a person could still make money into their 40’s and 50’s. Ed “the Strangler” Lewis himself had one of his final main event matches against Jim Londos at the age of 43. It wasn’t until he was 45 that he finally retired; he injured himself training for a legit wrestling match. Legit matches cause injuries, therefore the early pro-wrestlers created this style. Doing it this way extends careers and allows wrestlers to make money later for longer periods.

Today, I see stars who are much better shape in their 40’s than many wrestlers in their 30’s back in the 90’s. Also, the clean living many of these athletes live now has helped them extend not only their careers, but their lives. When I hear people like the Undertaker talk about how men were tougher in the old days, I’m sure they were. But the wrestling business was also much different. Back then the wrestlers had to portray a tough man, someone who’d whip anybody in a bar. This added legitimacy to the business. Today’s wrestlers are athletes. I’m not sure LeBron to Brady can beat up anybody, but I know their bodies are temples. The same with wrestlers like John Morrison or MVP; they are highly trained athletes who, in their 40’s, can outperform wrestlers half their age. And this is the evolution of the business. 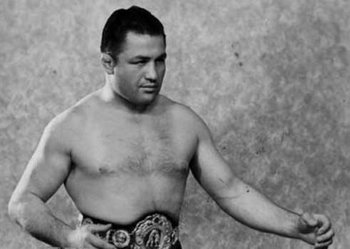 Ed Lewis was not soft.

Okay, I know some of you are thinking, “what about young talent?” Well, you are in luck, because I am about to go there. You see, prior to the recent evolution of wrestling, I personally was on team, don’t push anyone over 35. When someone like Paul Heyman talked about wrestlers over the age of 40 taking spots from younger wrestlers, I bought that. I was tired of seeing the same old wrestlers and I wanted to see new stars. Even in basketball, when my Lakers signed LeBron, I thought he was too old to build a team around and win at this stage of his career. I was wrong.

Look at the roster right now, I see very few younger stars who are ready for that big push. But that doesn’t mean they are not there, but they need to step up their game. I am not sure what that entails, but if a Montez Ford, or Andrade need to find a way to stand out. These older stars taking up spots makes it harder for younger stars to shine. But in sports, Tom Brady didn’t just step aside so Patrick Mahomes could start his own dynasty. The reality of the world is you must rise and take what you want. The wrestlers need to find a way to get themselves over.  No one is giving you your spot. You must take that spot from them. I know it’s hard during a pandemic, but you have to find ways to make an impression.

Somewhere, some young talent needs to start catching fire. It’s harder now than ever for a young talent to get over. But this is not so much as of a problem as it’s an opportunity. The talent must see this as a chance to show the audience what they have. This is what a Chris Jericho did in WCW, or an Eddie Guerrero. Even if WWE isn’t going to push you, luckily there is somewhere else to go now. (Impact enters the chat: “Am I a joke to you?”)

Theoretically, with the talent leaning towards older right now, this means younger talent should be learning more. Even newer talent to the WWE now comes with years and years of experience. Someone like Damian Priest is 38 years old and has been wrestling around the world for 15 years. The level of experience even a Keith Lee brings in, who’s been wrestling for 14 years, is critical for WWE moving forward. And with the way athlete’s careers are being extended, we could see Priest and Lee around for another 5-10 years. And young talent should be taking notes. Especially those that only learned at the Talent Center. If a younger talent can prove themselves in this environment, then they should be ready for the challenges ahead.

When you look at the lay out of wrestling, this would usually be a transition time. When WCW had many older wrestlers, WWE took that opportunity to promote their younger talent. Now, well WWE’s overall roster is older, you do have to remember that their champions are in their prime. It feels like right now, older stars are being fed to Roman and Drew to build them up. This is not a problem. The only thing I look at is, is there a star to take over? Is there that young 20-something hungry star ready to bust out and lead the business for the next 10-15 years.

To be honest, that person might not be needed at this moment. Maybe WWE creates an Attitude Era situation were the main event scene is really a bunch of people in their primes fighting for the top spot. For now, many stars could be pushed to main event level and trade the belts with Roman and Drew. The key is though, looking for a new star during this time. 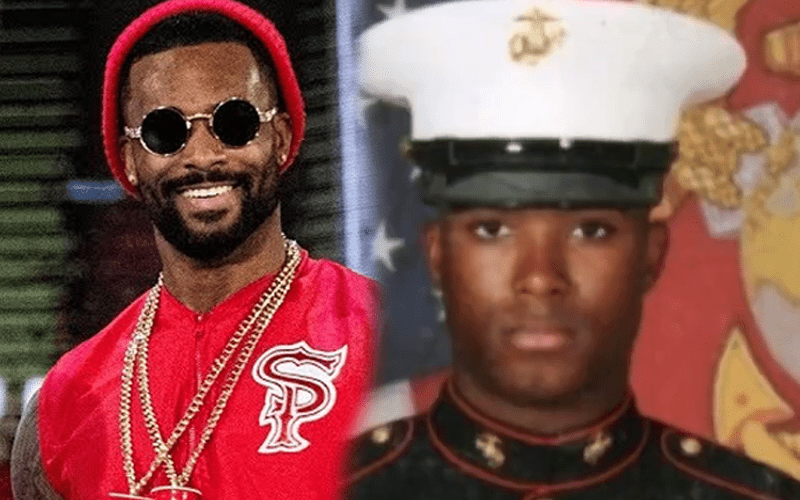 Overall, I don’t think WWE is in as bad of a place that many people want to make it out to be. We are in a new era, one which the old vet didn’t lay down for the young star in the Super Bowl. When Floyd Mayweather beat Manny Pacquiao, many criticized Floyd for waiting on fighting Manny, but forget that Floyd was one year older at 38, and at 38 he still looked like the best fighter in the world. This is where the business is.

The situation with WCW was different, as it was noticeable that many wrestlers have lost a step, like Randy Savage or an older Scott Steiner. Plus WCW’s reluctance to push younger talent is well documented. Today, it feels like WWE wants young talent to rise up, but they don’t know how to get them to that next level. But for WWE, they do have time. As long as Drew and Roman stay healthy, WWE should be in a good situation for the next 5 years.

Backstage Update on WWE Superstars Pulled from the Royal Rumble