NJPW has announced the full lineup for the latest edition of Strong on NJPW World.

The show will air on Friday at 10 p.m. Eastern time on NJPW World and is available on-demand shortly after airing. NJPW sent this out:

After the first matches were signed for NJPW STRONG’s tapings in Dallas Fort Worth Texas and the Cutrtis Culwell Center September 25 and 26, buzz has been building for STRONG’s first matches on the road. More matches have now been confirmed for what is looking set to be two unmissable cards. 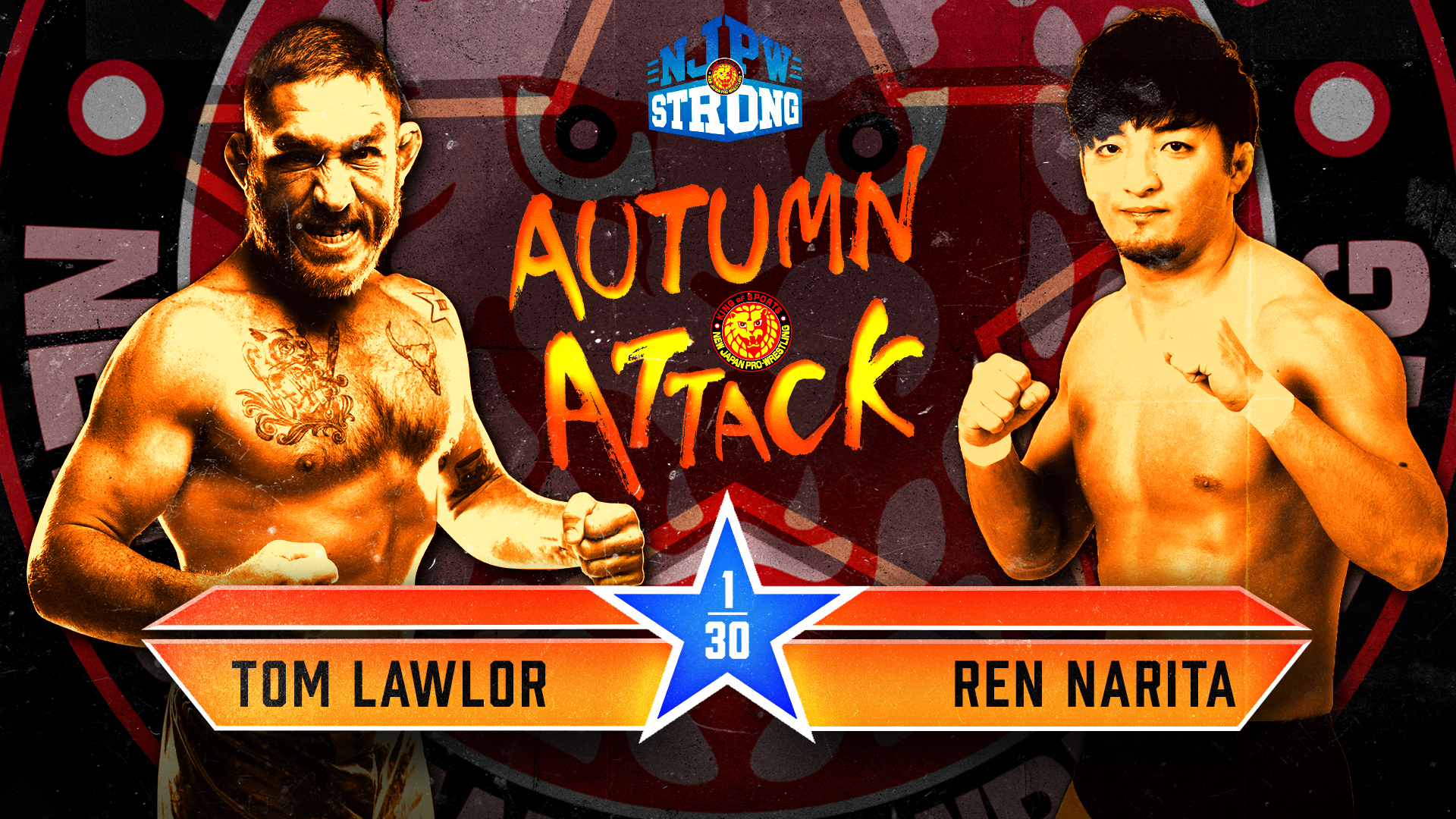 On a night full of high stakes singles matchups on September 25, Karl Fredericks will face Will Ospreay and Fred Rosser will take on Minoru Suzuki in matches already announced. Additionally, Filthy Tom Lawlor will be facing Ren Narita on night one of Autumn Attack. As arrogant as he is effective, Lawlor has taken on all comers in his own grating way, including LA Dojo graduate Karl Fredericks in the past. Now it’s Ren Narita who defends the honour of the Dojo against Team Filthy’s leader. With Narita’s rigorous training in both the Noge and LA Dojos under his belt, he will bring a hard hitting and intense fight to Lawlor, but can Narita earn the biggest victory of his career? 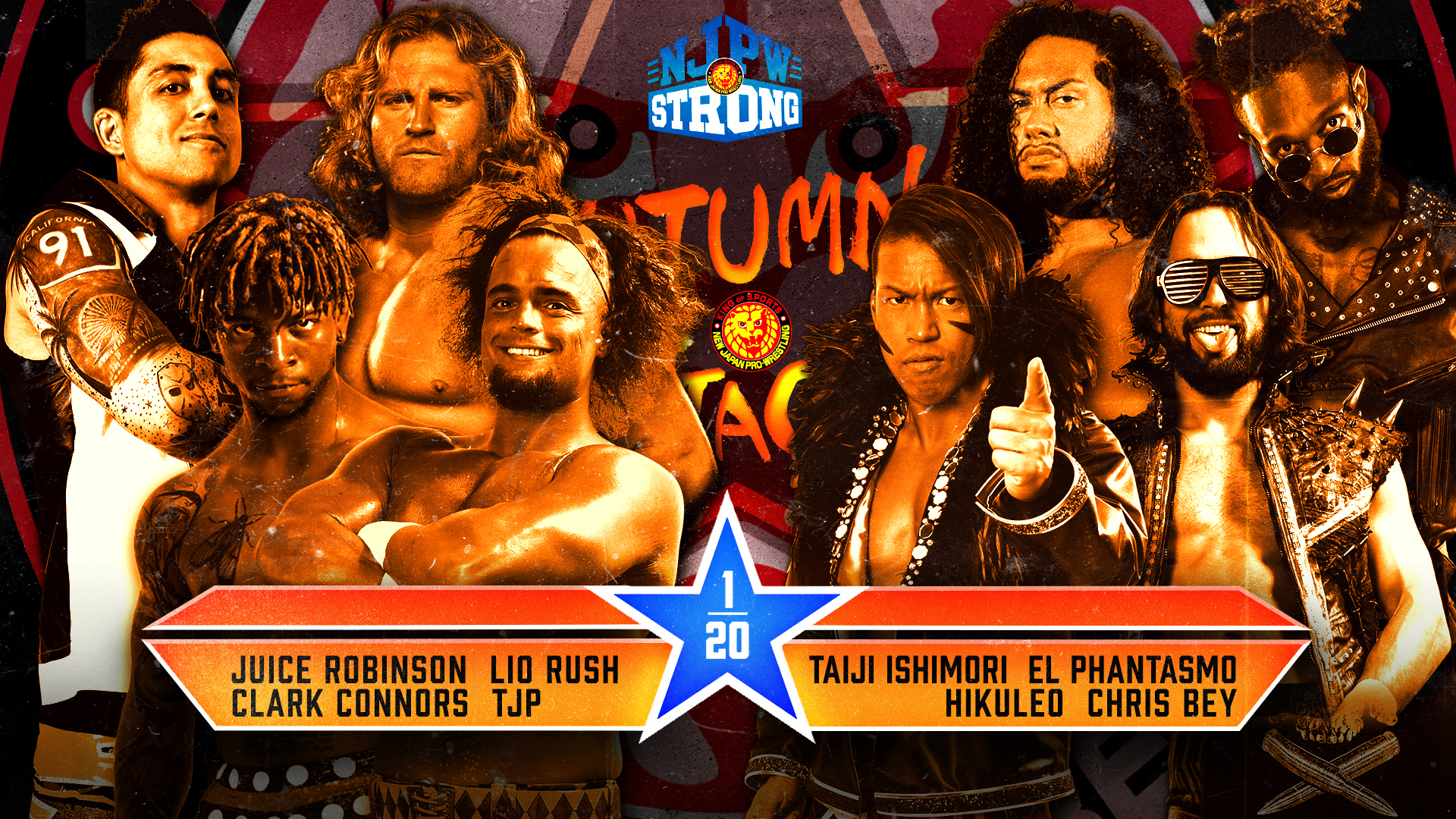 Also signed for Texas, the BULLET CLUB team of El Phantasmo, Taiji Ishimori, Chris Bey and Hikuleo will take on Lio Rush, Juice Robinson, Clark Connors and TJP. This match will serve as a preview between Taiji Ishimori and Lio Rush before their singles encounter the next night, while Juice and Hikuleo’s deep seated issues seem to rage on. BULLET CLUB’s Cutest Tag Team have talked a lot about wanting to test themselves against the best teams in the US, and could get their chance in some combination of their opposition tonight, while Chris Bey hits an NJPW ring for the first time since the Super J-Cup, and for the first time since the Ultimate Finesser joined BULLET CLUB on IMPACT. All the combustible elements make this a can’t miss matchup. 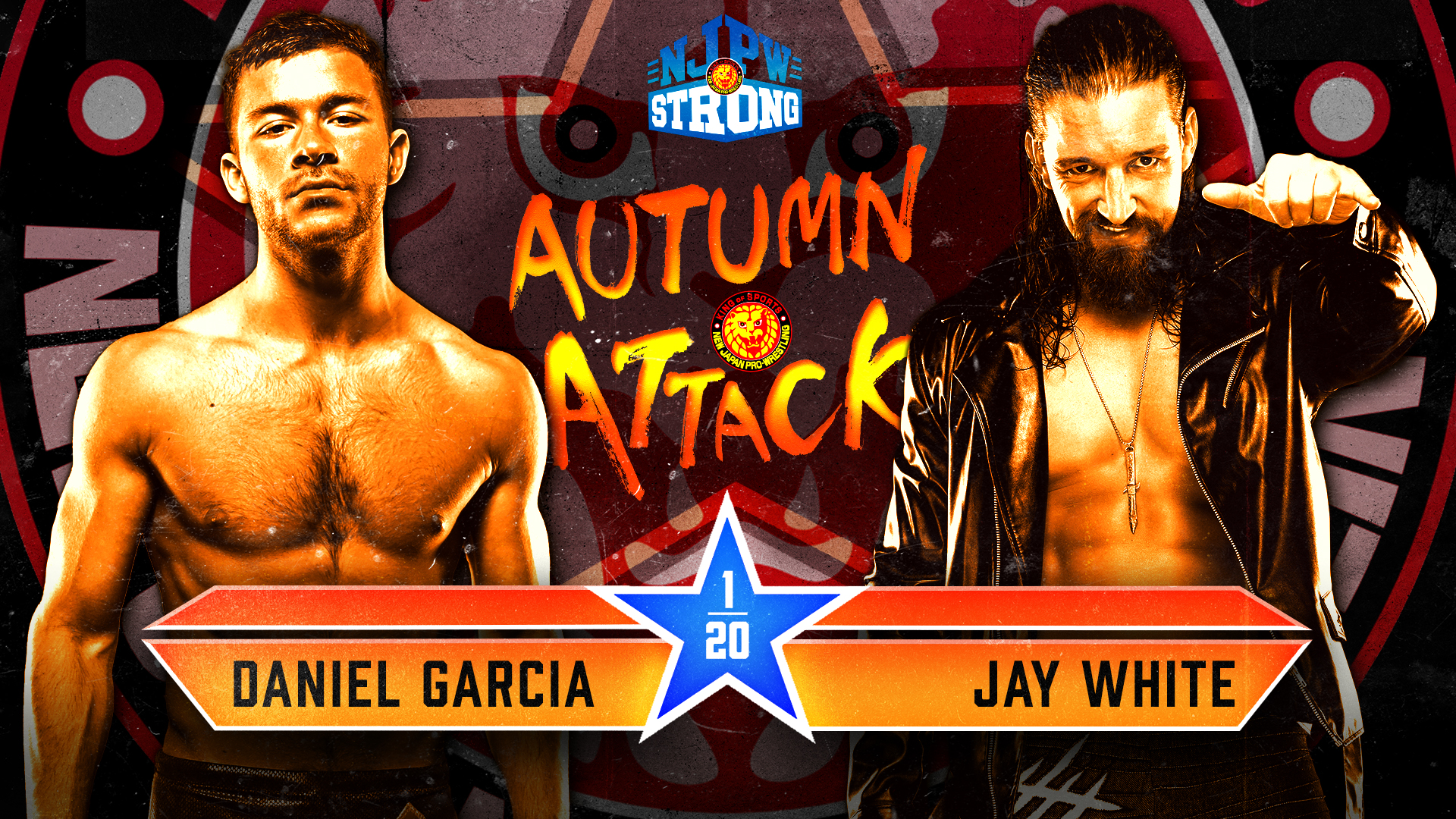 Garcia has made tremendous waves across the US in 2021, pitting himself against world class competition in both NJPW STRONG and AEW rings. On September 26 he comes face to face with the NEVER Openweight Champion, and while White’s belt will not be on the line in this non-title affair, this is nonetheless one of, if not the biggest bout in Garcia’s young career. Will he upset the champ, or will Switchblade Jay White remind Garcia, and all of Texas, how dangerous he is? 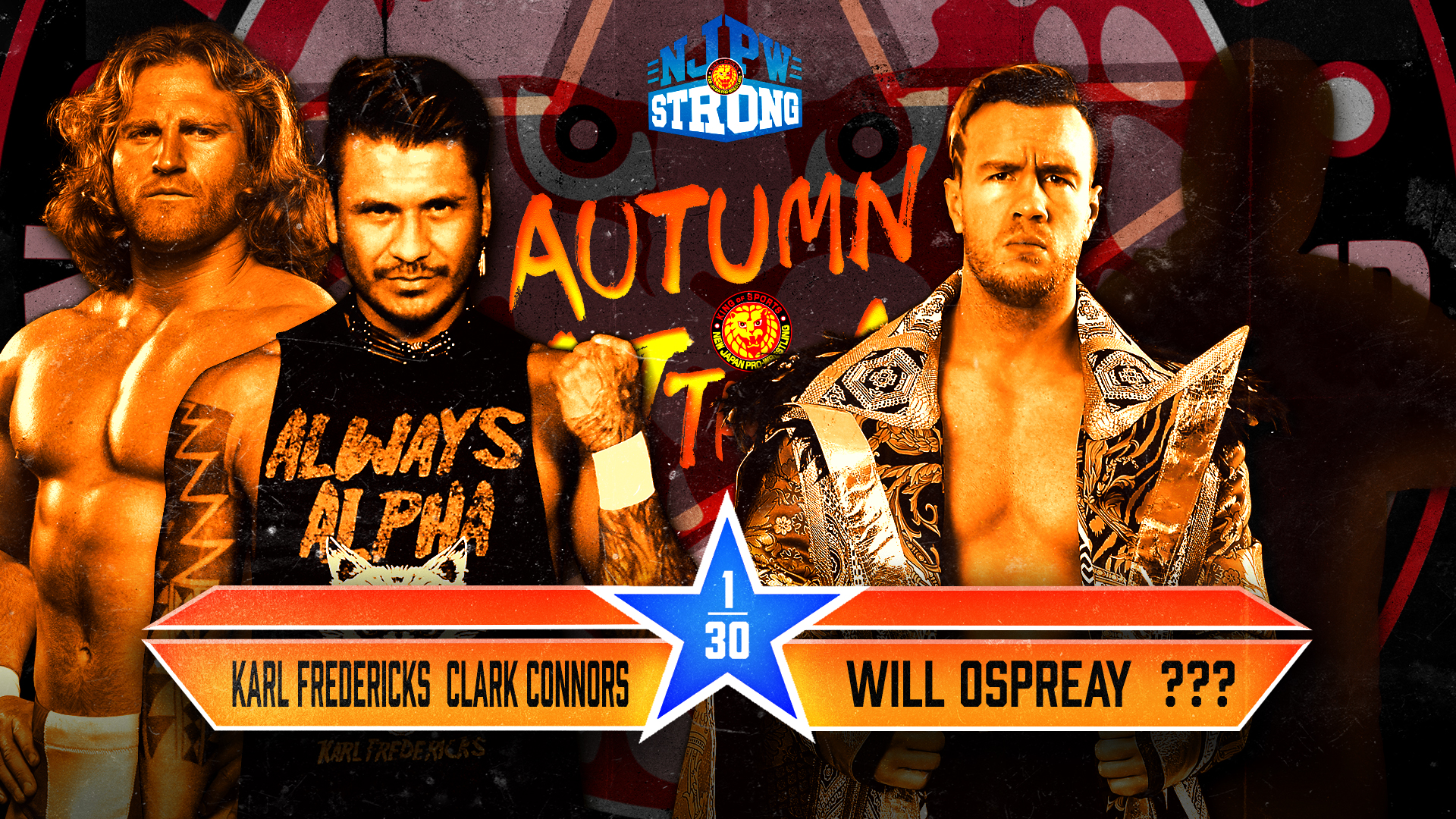 Also on September 26, Will Ospreay continues an apparent crusade against the LA Dojo and its graduates. After facing Karl Fredericks in singles action on September 25, Ospreay meets Fredericks and Clark Connors in a tag bout… and with a mystery partner. Has a new recruit been found for the United Empire? Who will join Ospreay in Texas? Pick up your ticket and find out before anyone else!

Adam Cole Reflects On His Time In WWE NXT, Working With Bryan Danielson

Jeff Jarrett On How He Approached Coaching Announcers