NJPW has announced the full lineup for the New Beginning USA 2021 edition of Strong on NJPW World.

The show will air on Friday at 10 p.m. Eastern time on NJPW World and is available on-demand shortly after airing. Here is the full lineup:

With Lio Rush, Tom Lawlor, Hikuleo and Fred Rosser already having qualified for New Japan Cup USA, this Friday will see two more take their place in the single elimination tournament, while the United Empire’s Jeff Cobb makes his first STRONG appearance in 2021. 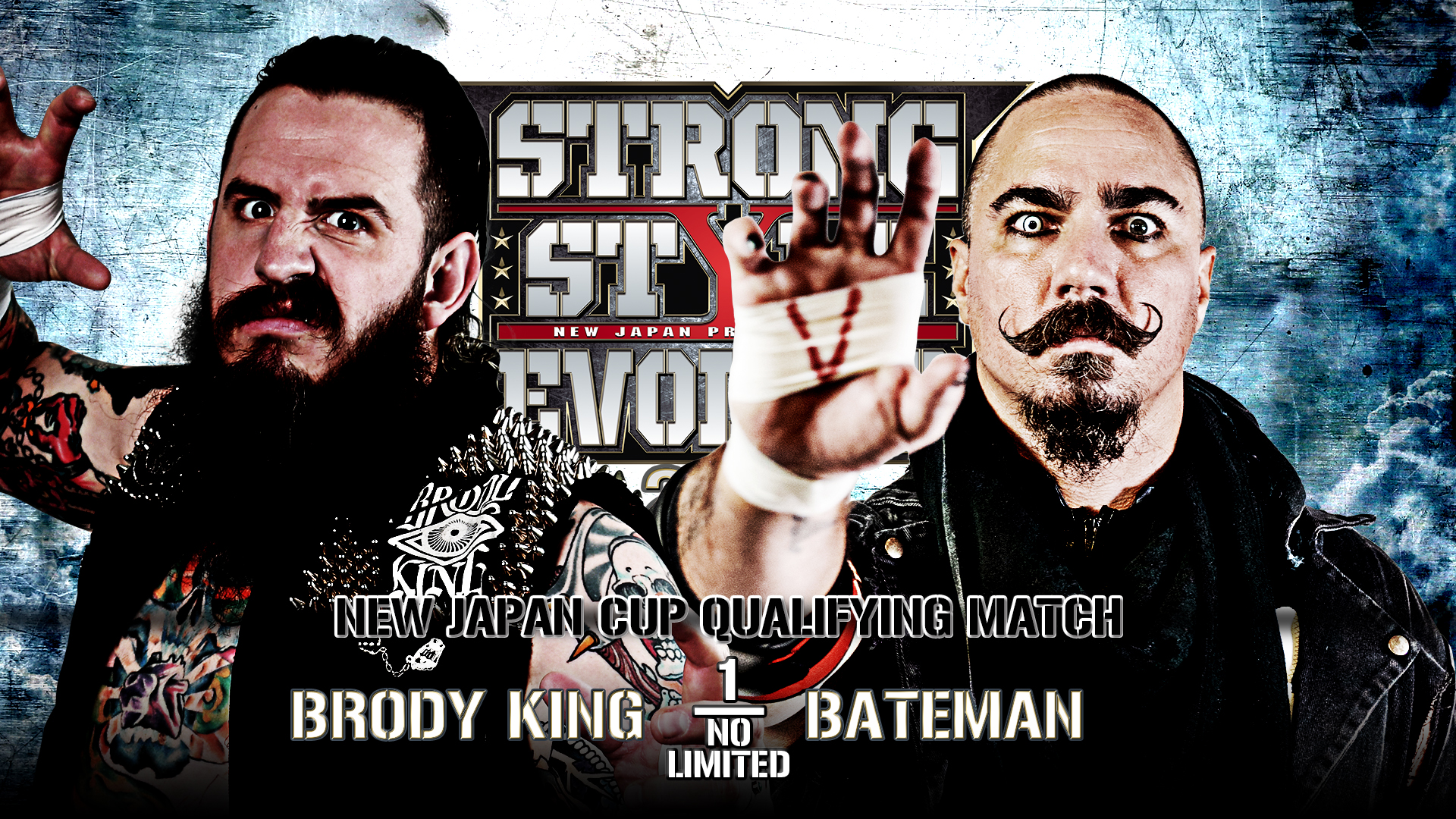 Tonight’s headlining New Japan Cup USA qualifier sees a battle of Ring of Honor representatives, with Brody King facing Bateman. The dark and twisted Bateman was a partner of Brody King’s in days gone by, but tonight sees the two face off one on one. Last year’s New Japan Cup USA saw King eliminated in the first round by Tama Tonga, but Big Bad Brody would go on to challenge eventual winner KENTA by the end of 2020. Now in 2021, he wants to show how far he’s progressed on Friday nights, but so too does Bateman.

Bateman had a tough debut on NJPW STRONG this year with a loss to Ren Narita, but the defeat only motivated him to greater acts of violence as the weeks have gone on. With a devious style, Bateman will bend any and all rules to his advantage to get one up on his opponent; can he do the same to Brody King to advance to the New Japan Cup? 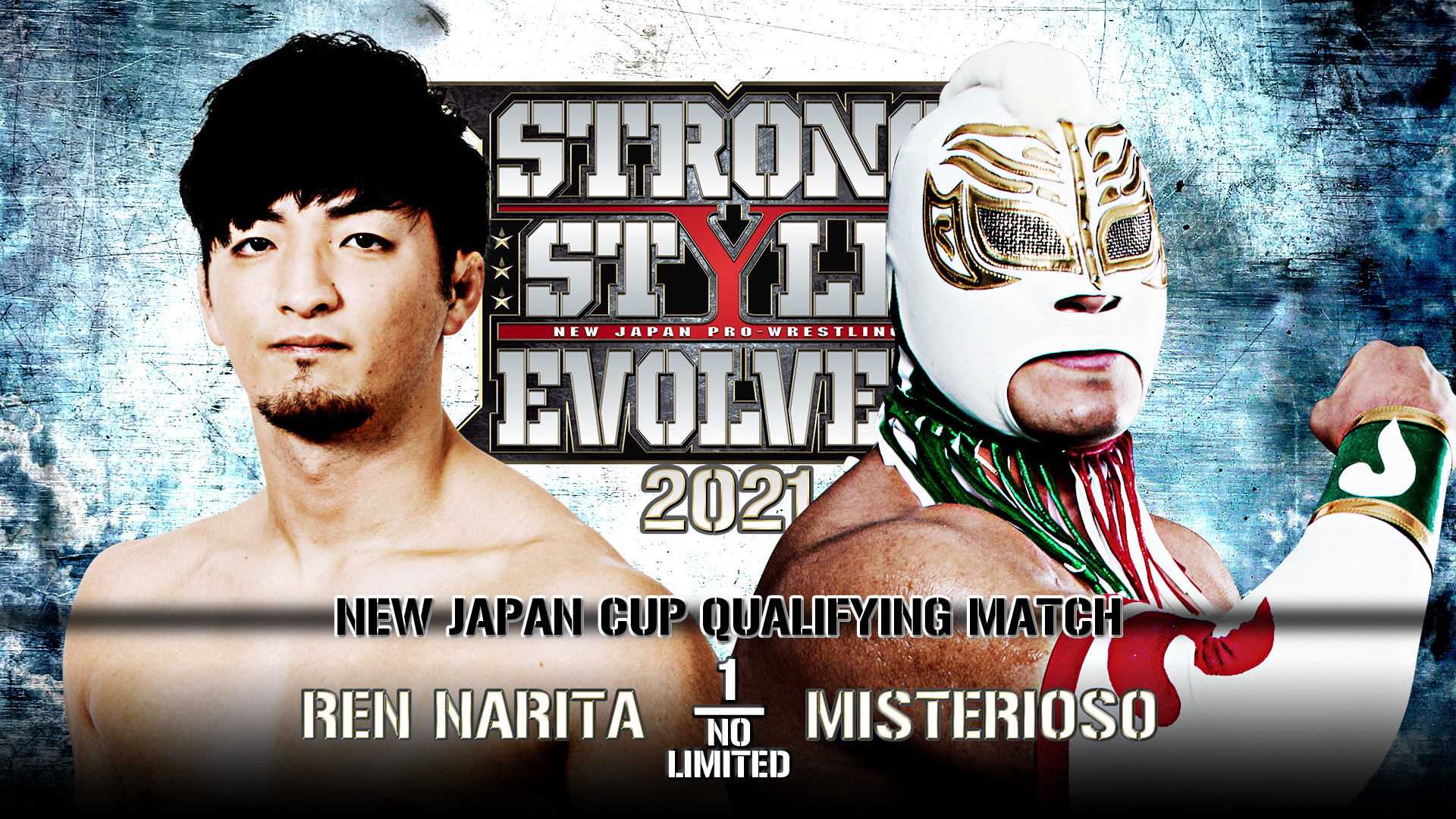 Friday’s other New Japan Cup USA qualifier will see Ren Narita take on Misterioso. Narita has done nothing but impress ever since he made his NJPW STRONG debut with a win over Bateman. Since then, having notched up another singles win over Chris Dickinson during New Beginning USA 2021, Narita has proven that he certainly belongs in the top flight on NJPW STRONG, and that no victory can be called an upset.

Yet Misterioso shouldn’t be denied. The heavyweight luchador has performed well when leading teams into tag warfare on NJPW STRONG, but ‘Big Papi Pump’s singles opportunities have been fairly sparse until tonight. Now he gets a huge chance to show his worth to the world in New Japan Cup; as long, that is, as he can get past the talented Narita. 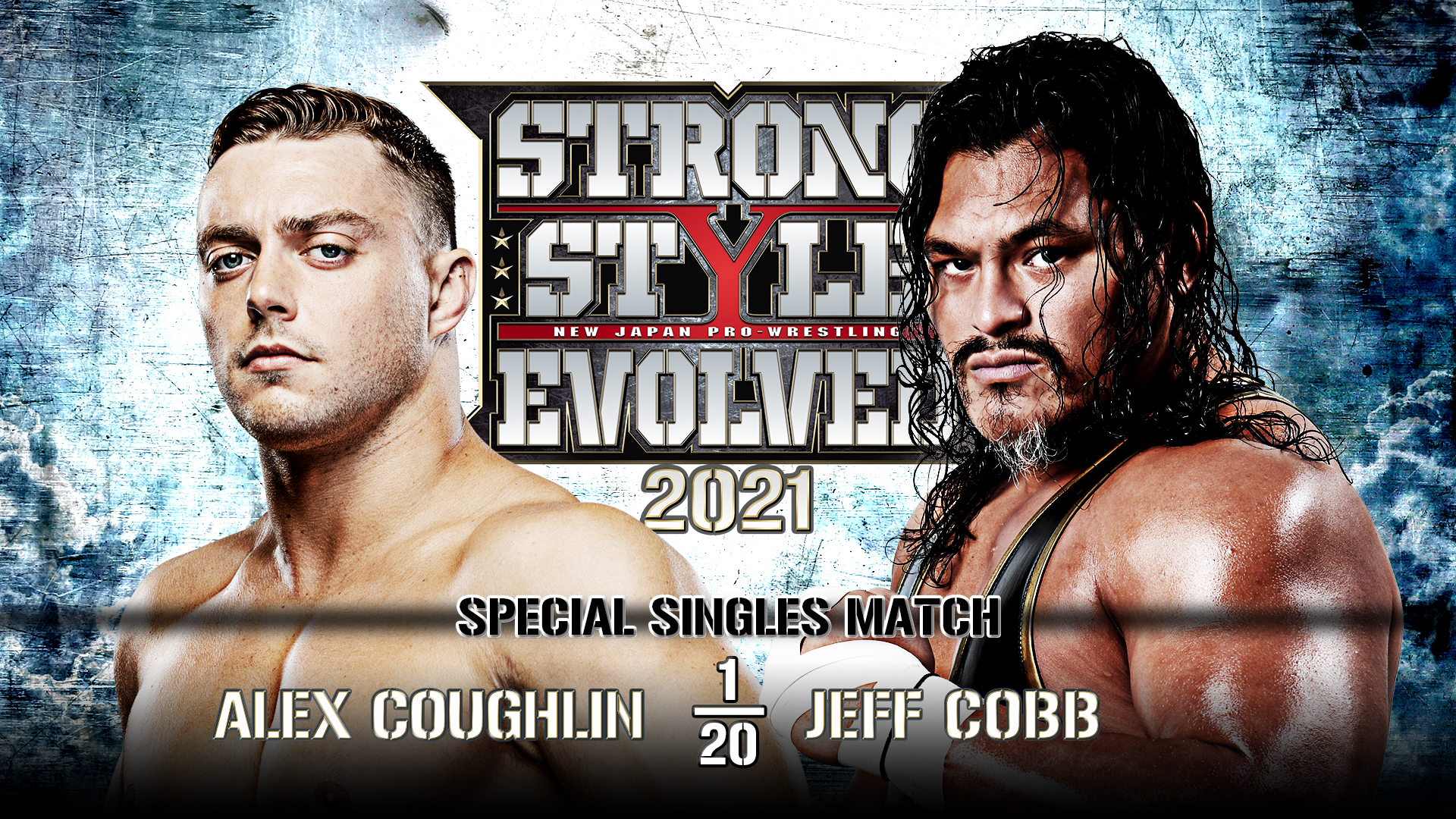 Friday night’s action will kick off with a special singles match between Alex Coughlin and Jeff Cobb. This bout will not be for a New Japan Cup USA spot, but both competitors head to the ring with plenty to prove. When he returned to the ring after neck injury a couple of weeks ago, Coughlin certainly looked impressive as ever in tag team action against LA Dojo compatriots in Kevin Knight and Clark Connors. Yet here he faces singles competition, and the biggest test yet of his physical status.

The United Empire’s ‘imperial unit’ would test anybody’s physical status. This will be the first time we get a look at Jeff Cobb on Friday nights since the start of the year; 2021 has seen Cobb ratchet up his presence in Japan within the United Empire, becoming even more feared by fans and opponents across Japan. Coughlin certainly won’t back down against Cobb, but will he survive Strong Style Evolved?