by Marc Middleton
in WWE News, WWE Rumors and Spoilers
A A
93

WWE Hall of Famer Hulk Hogan is under fire for a now-deleted Facebook comment he made this week.

Comedian Josh Pray posted a Facebook video on the death of actor/comedian Bob Saget this week, and in the comments section one viewer speculated on Saget’s death being related to the COVID-19 vaccine.

“Wellll many directions we can go with this, but I will take jab for $500 Alex,” the user wrote.

Hogan’s official Facebook page then responded to that user, and indicated that he believes the deaths of Saget and actress Betty White were related to the vaccine.

“100% Betty and Sidney were also jabed their dropping like flies but they’ll never say it,” Hogan wrote.

Hogan has not addressed the criticism as of this writing. You can see a screenshot of Hogan’s comment with the video below: 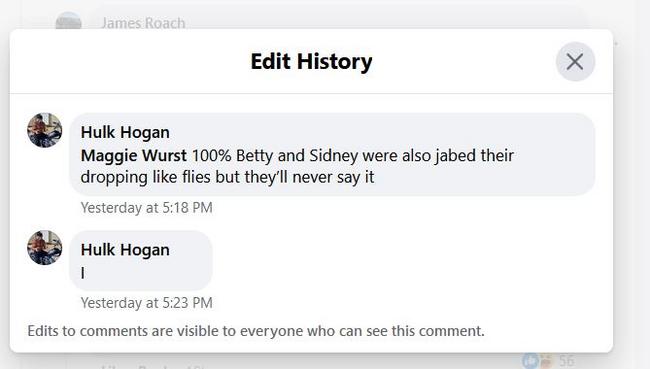 Sometimes they just satirize themselves…

Hulk Hogan seems to suggest that Betty White, age 99, died because she was vaccinated.

Hogan has also suggested, repeatedly, that he got his big muscles with training, vitamins and prayer.

Bron Breakker Discusses The Potential Of His Brothers Getting Into Wrestling