MVP says he did not visit Birmingham, Alabama this week following an apparent knee injury on Monday’s WWE RAW. However, he has revealed that he underwent a MRI.

As noted on Tuesday at this link, MVP suffered some sort of knee injury during the six-man that saw Riddle and Lucha House Party defeat MVP and RAW Tag Team Champions Shelton Benjamin and Cedric Alexander. MVP was helped to the back and then appeared on RAW Talk with crutches, which he also posted to Instagram. He also told a fan on Twitter that he had just one good knee during the match. It was later reported that he was on his way to Birmingham, Alabama. This is where WWE Superstars go for injury evaluations and surgery at Andrews Sports Medicine & Orthopaedic Center.

In an update, MVP denied the report on going to Alabama.

“Someone told me the ‘dirtsheets’ are reporting I went to Alabama to see surgeons. You guys should stop reading what those idiots report. They’re always wrong. [face with rolling eyes emoji],” he wrote.

MVP has not provided an injury update as of this writing, but he did reveal on his Instagram Stories that he underwent a MRI on Tuesday afternoon.

Stay tuned for updates on MVP’s status. You can see his related tweet and MRI post below: 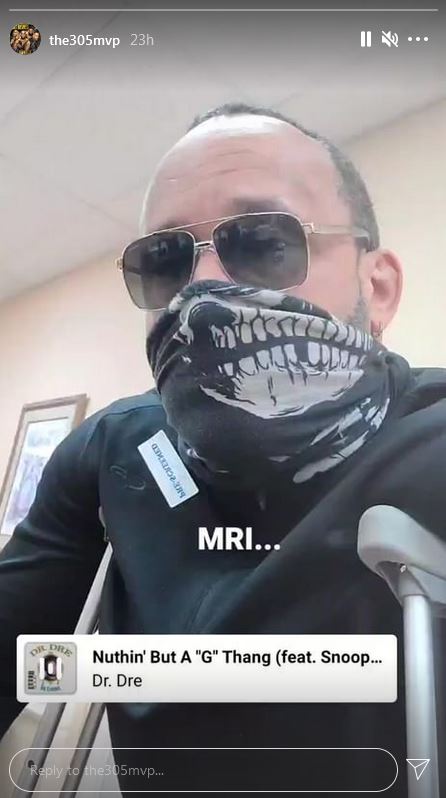 Randy Orton Shares How Much Longer He Wants To Wrestle

Wardlow Opens Up On Not Getting Signed By WWE, Not Always Being A Big Guy