WWE has released the first promo for the 2021 Extreme Rules pay-per-view.

The new tagline for the pay-per-view is: “The Only Rule is…There are No Rules…Anything Goes…Extreme Rules!”

It was announced this past week that Extreme Rules will take place on September 26 from the Nationwide Arena in Columbus, Ohio. Tickets for the event are on sale now.

Stay tuned for more on Extreme Rules. Below is the first teaser for the pay-per-view, along with a promotional graphic: 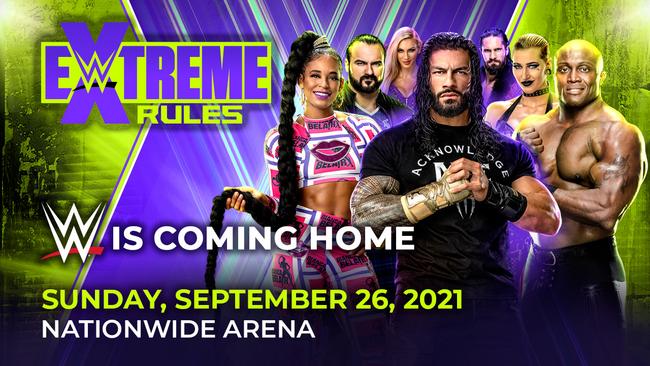 Ruby Soho Reveals Tony Khan’s Reaction To Her AEW Debut, On Finally Getting To Be Herself

Awesome Kong Discusses Her Experience In AEW, Says She Would Be Interested In Working As An Agent