The attack came during Escobar’s loss to Carmelo Hayes. Escobar had earlier sent a warning to Tony D’Angelo, telling him to watch the match to see how a real leader moves. At one point the referee was distracted by Hayes and Trick Williams, which allowed the two mystery men to surround Escobar at ringside. One man distracted him while the other came from behind with a baton. They then rolled Escobar back into the ring, where Hayes finished him off.

The mystery attackers were wearing suits, hats and sunglasses. It looks like they might be played by NXT newcomers Troy Donovan and Channing Lauren. You can see photos to compare the men below.

Donovan and Lauren were both signed in the mid-March WWE Performance Center Class that featured names like Roxanne Perez (fka Rok-C), Sloane Jacobs (fka Notorious Mimi), and Bianca Carelli, among others. Donovan went by Cole Karter on the indies, while Lauren went by Jake Tucker before signing with WWE.

Donovan and Lauren made their WWE in-ring debuts during the April 8 edition of NXT Level Up, taking a loss to Andre Chase and Bodhi Hayward. Lauren then accompanied Donovan to the ring for his loss to Damon Kemp on last week’s NXT Level Up. Both wrestlers worked as AEW Dark enhancement talents in 2021.

D’Angelo, who became the Don of NXT when he defeated Tommaso Ciampa at Stand & Deliver, was later asked about the mystery attackers by the NXT camera man, as seen in the video below. He acted like he didn’t know who they were, but said they could’ve been just a couple of “goombas” looking to make a name.

D’Angelo also tweeted on the attack this morning and wrote, “Very unfortunate thing that happened to Santos. He’s a stand up guy. Maybe he made enemies with the wrong person. But that’s only speculation, what do I know? #TheDon”

D’Angelo vs. Escobar is rumored to take place at NXT Spring Breakin’ on May 3, but the match has not been confirmed as of this writing. It looks like WWE is building to a six-man feud with D’Angelo, Lauren and Donovan vs. Legado del Fantasma’s Escobar, Cruz Del Toro and Joaquin Wilde.

Stay tuned for more. You can see related clips and tweets below, along with photos of the mystery men and Donovan & Lauren: 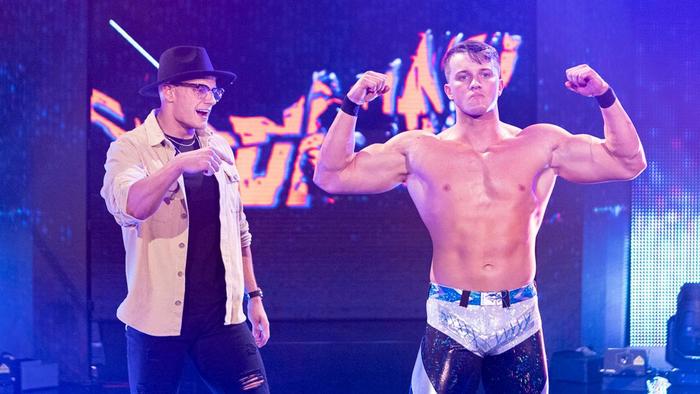 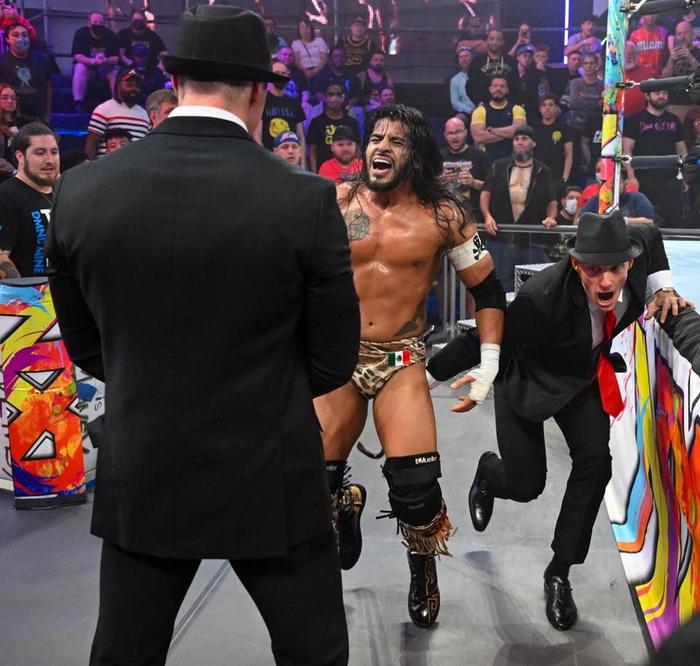 Very unfortunate thing that happened to Santos. He’s a stand up guy. Maybe he made enemies with the wrong person. But that’s only speculation, what do I know? #TheDon pic.twitter.com/P4NvxhiZnr

Kurt Angle: “The Marine Was Supposed To Be My Movie”