We noted back in late May how Atlas was arrested on Monday, May 23 in Orlando for domestic assault on his partner of several years. You can click here for full details on the arrest and incident. This arrest came while Atlas was recovering from a torn ACL suffered against Adam Cole on the January 7 edition of AEW Rampage, in what was just Atlas’ second match for the company. He underwent surgery in mid-February.

In an update, TMZ Sports now reports that officials have declined to prosecute Atlas.

“From the investigation which has been made, it is the opinion of the writer that this case is not suitable for prosecution,” officials wrote in court documents filed last week.

Court records show that Atlas was scheduled for a hearing today, to be officially arraigned on the charges, but that has been canceled, and the case is now closed.

TMZ has also just revealed Atlas’ mugshot from the arrest, which you can see below.

It was reported earlier this month that Atlas is believed to be done with AEW. Despite receiving the “All Elite” social media graphic that is usually reserved for new full-time hires, Atlas was reportedly working on a per-appearance deal. When he suffered the injury earlier this year, the contract was paused and Atlas was no longer officially tied to the company.

Atlas still has not issued public comments on his arrest or his AEW status, and his social media pages remain deactivated.

After signing with WWE in October 2019, Atlas was released on August 6, 2021, along with other budget cuts. After working for GCW and ROH, Atlas announced his retirement from pro wrestling due to mental health reasons. He then returned at the December 28, 2021 AEW Dark tapings, defeating Serpentico in his debut for the company. AEW President Tony Khan shook Atlas’ hand after that match, and then announced his signing on January 4 of this year. Atlas made his AEW TV debut on that January 7 edition of Rampage, losing his second AEW match to Cole, the same match he suffered the torn ACL in.

There was never an official timetable for Atlas’ return to in-ring action, but he stated in late March that the estimated recovery time was at 9 months, and that he was trying his best to “make a miracle happen” and return to the ring before that.

Stay tuned to WrestlingHeadlines.com for more. You can see the Atlas mugshot photo below: 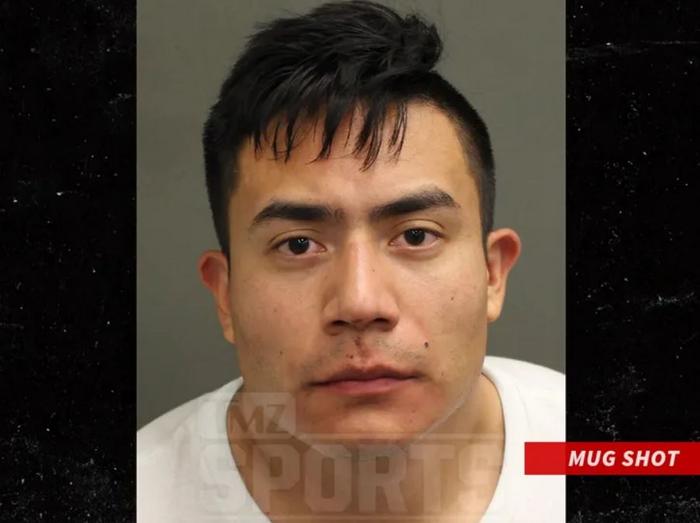 Matt Hardy: ‘We Will Definitely Get a Broken Matt Hardy and Danhausen Tag Team At Some Point’