Renee Paquette is apparently filming something for WWE today.

Makeup artist Lina Zuniga took to Instagram this afternoon and revealed that she was at the WWE Performance Center in Orlando to do Paquette’s makeup, while stylist Liz Santana was doing her hair.

Paquette also posted a photo of she and Kevin Owens, and a photo of a glass of water with the WWE logo on it. She has not commented on why she is there today.

There’s no word yet on what Paquette is working on with WWE, but we will keep you updated. You can see the related posts below.

Paquette, known as Renee Young while working with WWE, joined the company in 2012 but left in August 2020 after SummerSlam. She wore many hats while with the company, working as a backstage interviewer, commentator, host, Total Divas cast member, WWE Backstage host, and more. She became the first woman to work as a full-time RAW announcer in August 2018, and then worked as a special contributor on SmackDown in October 2019. Paquette has made a few special hosting appearances for WWE since leaving the company. She has also launched her own podcast and YouTube channel in early 2021, and in September 2021 she began hosting the “Throwing Down” show on SiriusXM with MMA star Miesha Tate.

Stay tuned to WrestlingHeadlines.com for more. Below are the aforementioned posts: 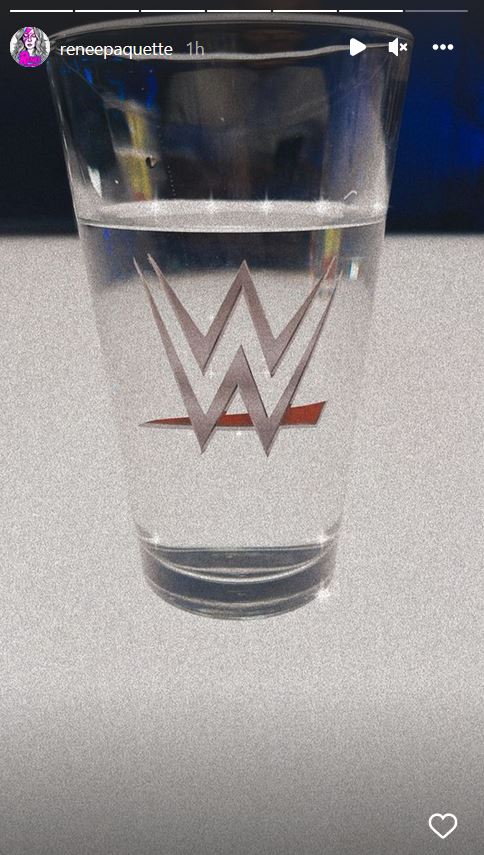 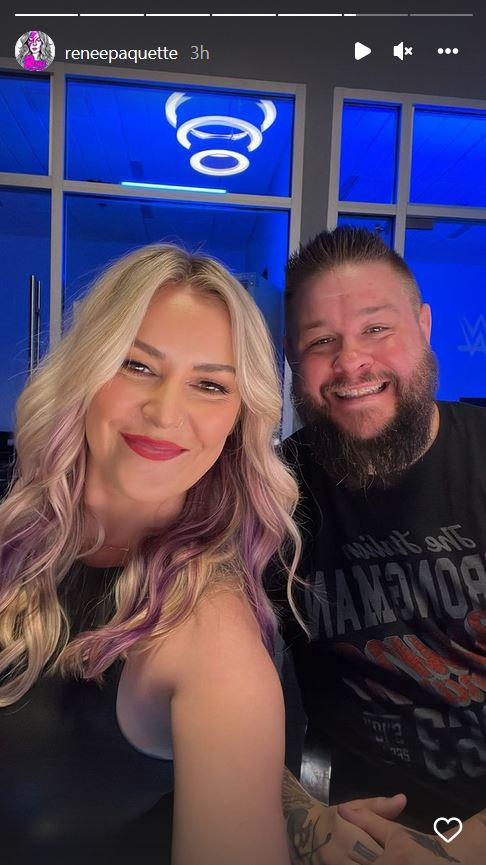 Early Lineup For Next Week’s AEW Dynamite From Toronto