Rhea Ripley Is Still In the United States Despite Previous Reports

As noted on Tuesday, via PWInsider, Ripley was reportedly returning to Australia to deal with her visa expiring. That report was put in question when Ripley indicated on her Instagram Story that she was still in Orlando, FL cooking dinner with her boyfriend on Tuesday evening.

Ripley took to her Instagram Stories this morning around 10am ET and told the wrestling world she’s still in America.

“Yo wrestling world… still in America…,” Ripley wrote on her Story, which you can see below. The video from her Story can also be seen below, which shows her home in Orlando with her boyfriend and pets present.

It was also speculated that Ripley’s return to Australia may have had something to do with her losing the WWE NXT Women’s Title to Charlotte Flair at WrestleMania 36, but that wasn’t confirmed. Dave Meltzer noted on the F4Wonline.com board that a WWE higher-up had denied that she was already back in Australia, and denied the title change speculation as Flair won the title to help with the Wednesday Night ratings battle with AEW, which we noted before. 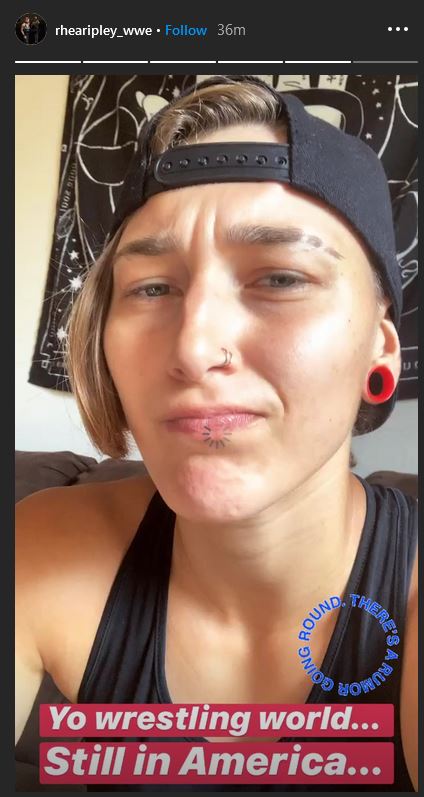