This week’s RAW featured Otis and Chad Gable hosting a graduation ceremony to celebrate last week’s title win over Riddle and Randy Orton. The segment was interrupted by Riddle, who was also wearing a cap & gown while giving a graduation speech from the entrance ramp.

As seen below, reader Kyle Dean sent us photos of the sheet that Riddle read his speech from.

While Riddle was taunting Alpha Academy from the ramp, Otis came out to meet him for a fight, but that allowed Orton to sneak into the ring and drop Gable with a RKO outta nowhere. Otis returned to the ring but Riddle ran down to the ringside area and attacked him. Riddle then joined Orton in the ring for a celebration, and convinced him to wear Otis’ cap & gown from the ceremony.

Stay tuned for more. You can see photos of Riddle’s sheet below, along with related shots from the segment: 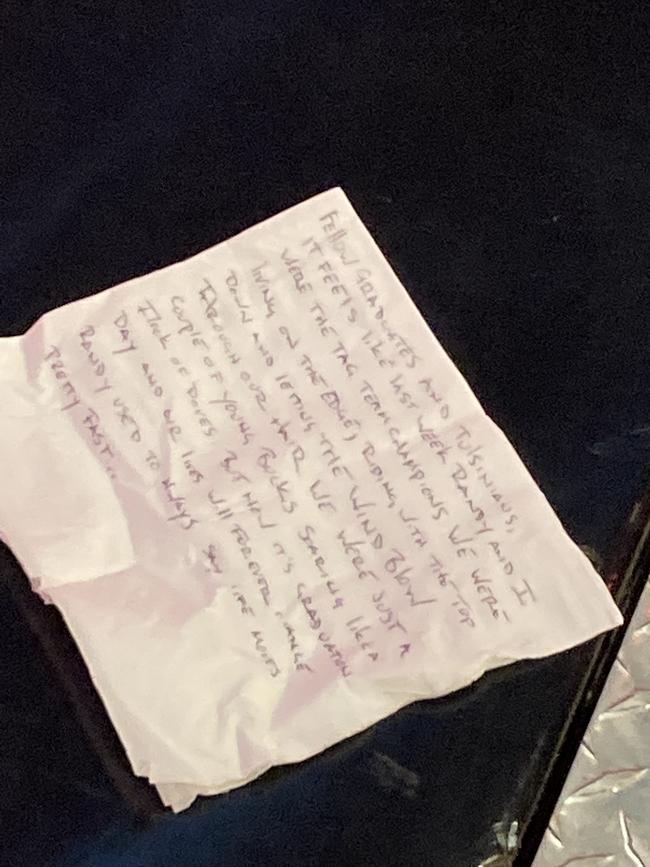 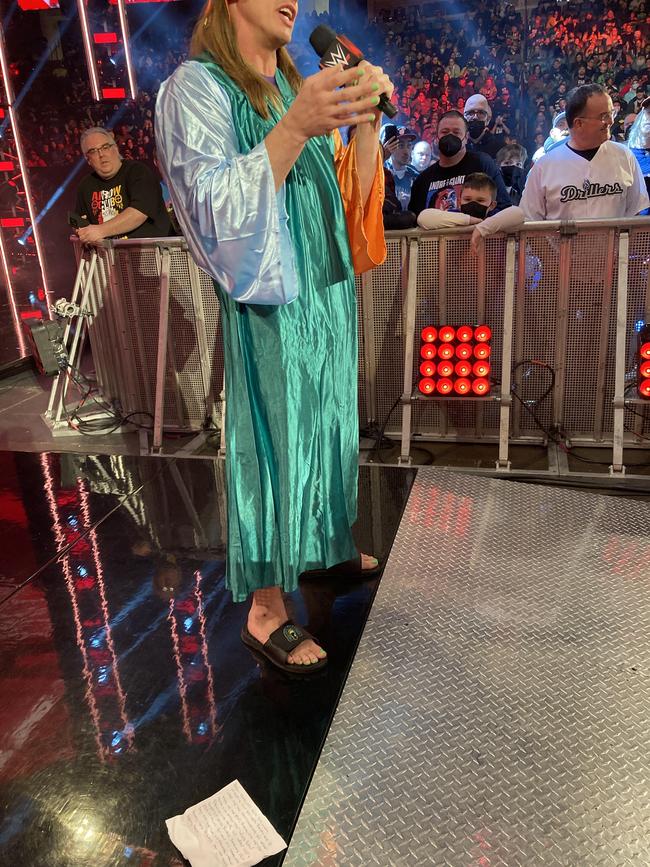 Alright let's face it, how many graduates have done this exact pose throughout the years?!@RandyOrton @SuperKingofBros#WWERaw pic.twitter.com/UeKKrQFJLZ

Britt Baker Expresses Interest In Competing On “Dancing With The Stars”