by Marc Middleton
in ROH News and Rumors
A A
2

Tony Khan’s ROH has filed to trademark another new logo for the company.

We noted earlier this month how Khan’s ROH Acquisition Co., the company he started to purchase ROH, filed to trademark a new logo for the company, while also taking ownership for the “ROH” and “Ring of Honor” name trademarks.

In an update, Khan filed to trademark another logo for potential use on May 12. You can see the new logo photo below.

Here is the logo they filed to trademark on May 12: 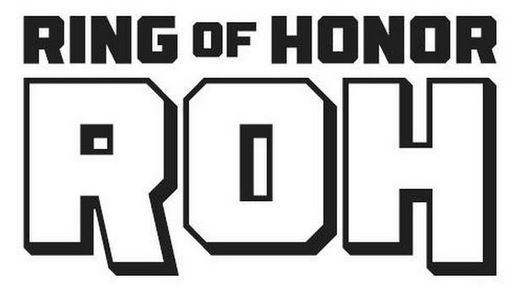 Here is the logo they filed to trademark on May 6:

This new logo filed for on May 12 includes the “Ring of Honor ROH” name.

There’s no word yet on which logo the company is planning to use.

The same use description was included with the USPTO (United States Patent & Trademark Office) filings, and that reads like this:

There’s also no word yet on what Khan has planned for ROH now that the purchase was finalized just earlier this month, but announcements should be coming soon. Khan announced his purchase back in March, and then booked the Supercard of Honor XV pay-per-view on April 1.

Thunder Rosa Thinks Paige Would Make A Great Addition To The AEW Roster: “I Think Everybody Will Benefit From It”

Kenny Omega Confirms He Will Not Be Bryan Danielson’s Replacement At Forbidden Door, Says He’s Excited To Watch