by Marc Middleton
in AEW News and Rumors
A A
25

AEW’s Tay Conti and Sammy Guevara are now engaged to be married.

TMZ revealed today that Guevara popped the question while he and Conti were visiting the Eiffel Tower in Paris, France. You can see photos of the proposal below.

TMZ wrote, “Take notes, fellas … AEW superstar Sammy Guevara popped the question by proposing to his pro wrestling star girlfriend, Tay Conti, at the Eiffel Tower in Paris — and she said YES!!!!!!!!!!!!!!!!! Guevara, 28, asked Tay, real name Taynara Melo de Carvalho, to be his wife with one of the world’s most iconic (and romantic) structures as a backdrop. In classic, old-school fashion, Sammy got down on one knee before asking Conti — who he’s been dating since December — to marry him. 26-year-old Conti wore a mauve pink, rose-gold colored dress … while Sammy sported a green suit, white shirt and a paisley green tie. They looked stunning! Of course, Tay managed to show off the new rock her future hubby got her, while Sammy held the Brazilian wrestler in his arms with a massive smile. Sammy and Tay are regularly paired together on AEW programming … and it appears they have undeniable chemistry both on and off-screen. Congrats!!”

Guevara and Conti have been dating since December. Their real-life relationship has been incorporated into their on-screen characters, which recently led to somewhat of a heel turn based on negative fan reactions to the couple.

Last Sunday’s AEW Double Or Nothing pay-per-view saw Guevara, Conti and Frankie Kazarian lose to AEW TNT Champion Scorpio Sky, Ethan Page and Paige VanZant, who was making her debut. Per the stipulation, Guevara and Kazarian can no longer challenger for the TNT Title as long as Sky is champion.

There is no word yet on when Conti and Guevara are looking to tie the knot.

Stay tuned to WrestlingHeadlines.com for more. Below are photos from today’s proposal in Paris, courtesy of TMZ: 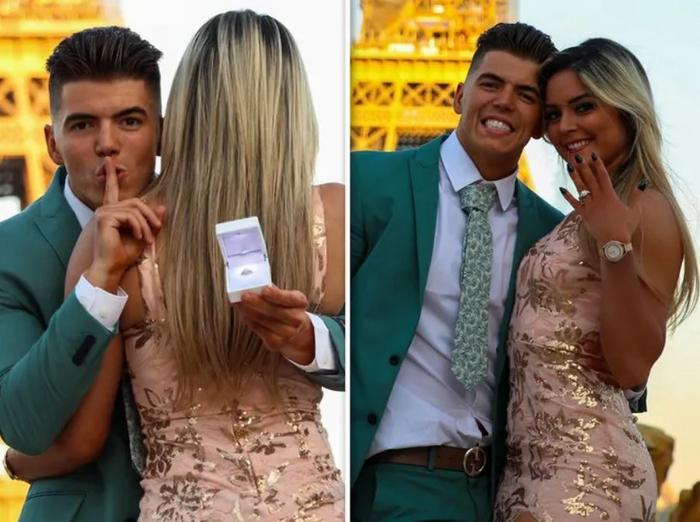 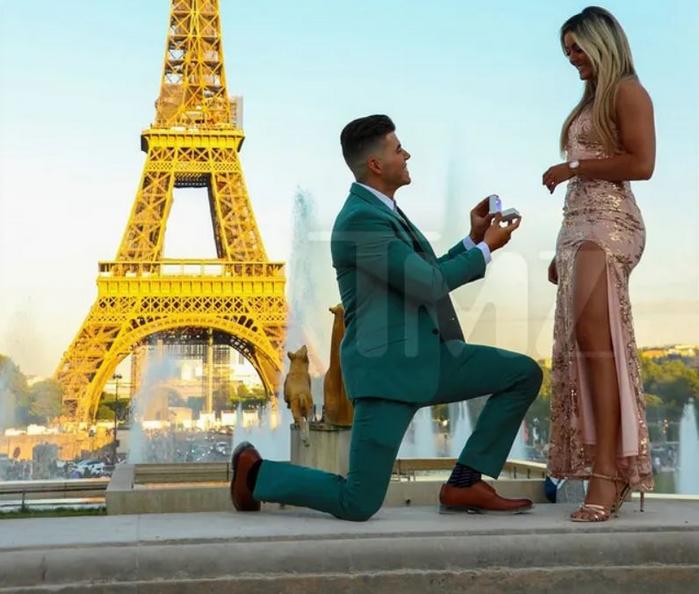 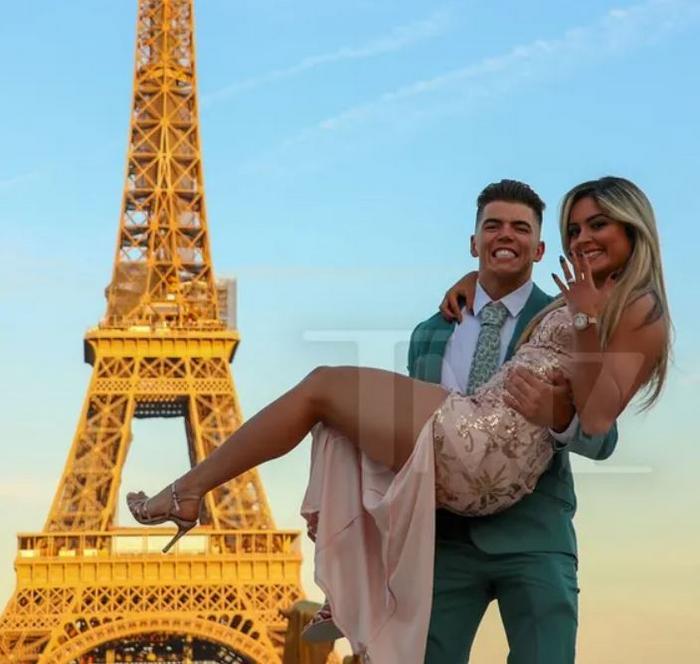 Fredd Rosser On Potentially Returning To WWE As A Trainer or Coach: “I Would Really Love To”

Dante Chen Reveals His Favorite Era Of WWE, Says He Enjoys The Work Of The Miz

WWE NXT Superstar Out of Action with Injury

John Silver Jokingly Weighs In On MJF and AEW Situation: “He Should Be Paying Them So He Can Be On TV”