by Marc Middleton
in WWE News, WWE Rumors and Spoilers
A A
26

Sasha Banks was the victim of a car break-in this week.

Banks took to her Instagram Stories on Tuesday and revealed that her car was broken into while in Oakland, California. Security footage shows a white car pulling next to Banks’ car, then a hooded figure can be seen breaking into Banks’ car and taking items from the back before disappearing.

“Have fun with the hair products [middle finger emoji],” Banks wrote in one of the Stories.

Banks posted one photo that shows broken glass in the back of the car.

“5 minutes in Oakland, just 5 minutes!,” she said in another video, expressing frustration over how the break-in happened after she just arrived to the city.

Banks and Naomi were in Hollywood on Monday night to walk the purple carpet at the premiere of the “She-Hulk: Attorney at Law” series from Disney+. You can see photos and videos of Banks and Naomi at the purple carpet premiere via this link. Banks and Naomi have been away from WWE since walking out of a live RAW taping in mid-May. It’s rumored that they will be returning to the WWE storylines soon now that Executive Vice President of Talent Relations & Head of Creative Triple H is running the show, but that has not been confirmed. Banks and Naomi made their first non-WWE appearances last weekend at the C2E2 convention in Chicago.

Stay tuned to WrestlingHeadlines.com for more on Banks. You can see her video below, along with screenshots of the damage:

[email protected]'s car got broken into outside of Oakland 😳 pic.twitter.com/3vC5wZUI2I 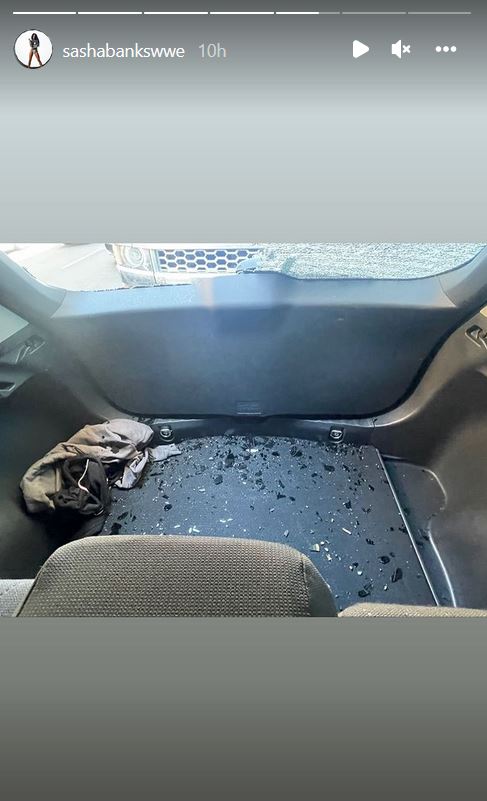 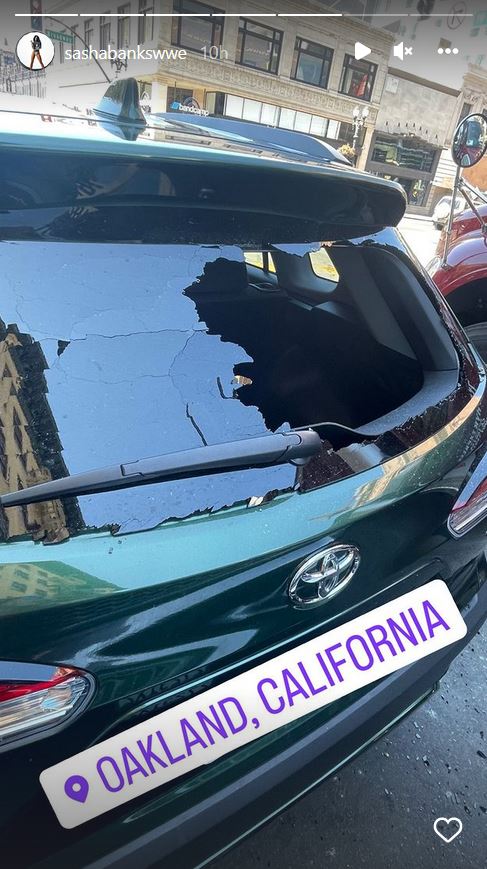 Tony Khan Says Paul Wight Has Been Injured During A Large Portion Of His AEW Tenure, Wants To Feature Wight More