The last year or so of weekly WWE TV has been a tough slog for even the most ardent WWE fans. However amongst the inconsistent Raw and Smackdown brands there has been one hidden gem, 205 Live. A program that for the majority of its existence (we’ll just ignore the final few months of last year) has provided a weekly dose of solid wrestling, character work and in ring storytelling.

This focus on the basics of pro wrestling has been highlighted by the fantastic three month tournament to crown a new Cruiserweight Champion and it was showcased again by the instant TV classic between Mustafa Ali and Drew Gulack last week, the second semi-final of the series.

If you haven’t yet seen the match then jump on it now. It is only about 17 minutes long but is one of the best matches I’ve seen so far this year. It features all the fast paced action you would expect from cruiserweight wrestling but was anchored in a simple but emotive story throughout, a story I want to speak more about today. So settle in, this is your feature review of Drew Gulack v Mustafa Ali. 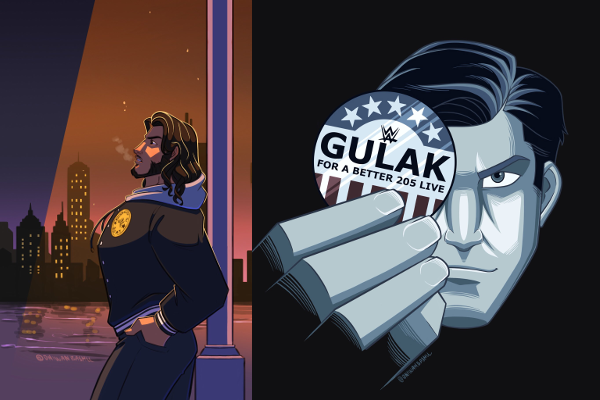 A Man’s Gotta Change The WorldAs characters Mustafa Ali and Drew Gulack have been constantly bumping up against each other since they made their cruiserweight debuts. This constant tension has come about for good reason, they both have a drive and ambition to effect change in 205 Live but they are diametrically opposed in the kind of change they want to create and how they want to bring it about. While the evangelist oppressor Gulack has a grand vision he wants everyone else to adhere to, Ali, the liberator, wants to set people free from their self-created shells and allow a fuller, more free existence.

This conflict originally took shape when Gulack attempted to impose his No Fly Zone policy on Ali, a man whose high flying arsenal is an expression of the freedom he feels and wants to grant to other people. Within their first feud Ali showed he could match Gulack stroke for stroke in the mat wrestling Gulack valued so highly but refused to allow himself to be confined to that rigid structure and fought for his right to fight freely, just as he had fought to help liberate those confined and limited by poverty and crime when he worked as a police officer.

Before the match last week both men laid out their vision for 205 Live and they could not have been more stark. Gulack spoke about the prestige he will bring and the greatness he would instill in the Cruiserweight Title. As a counterpoint Ali chose to focus on how having a man with the name Ali, with parents from Pakistan, will help give hope to those trapped by the confines society has put on them, be they racist, sexist or any other prescribed stereotype. Where Gulack wanted to prescribe a singular vision for 205 Live, Ali declared he wanted to free people to live up to the best version of themselves and claimed he wanted to head up a show as diverse as his own background. 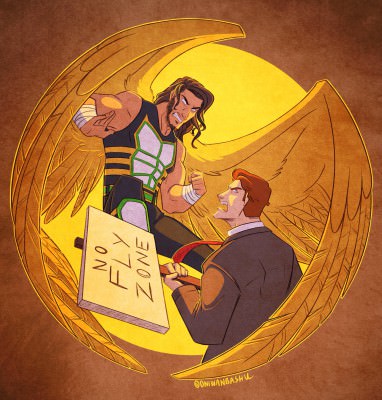 The Monster v The FighterIn the lead up to this match a lot was made of Ali’s line that: “when you fight with monster’s you have to be careful you don’t become one.” In Ali’s quest to topple a man that had plagued him for so long he did not want to become the very oppressor he seeked to overthrow. With Gulack as the bigger, stronger, more technically adept man he fit easily into the position of the monster in this story, a beast who needed to be conquered. However Gulack came up against a fighter who had his resiliency hardened throughout the tournament with matches against an aggressive and technical Jack Gallagher and the larger, more athletic Buddy Murphy.

Throughout the match the refrain that would constantly repeat itself was of Gulack, the bigger, more powerful man setting the pace, while Ali, the fighter, would fire back after absorbing and surviving the initial blows. Be it in the initial chain wrestling lockup where Gulack took a wrist lock only for Ali to counter with a standing kimura on the second back and forth, or in the second sequence of the match when they moved to running the ropes and Gulack knocked Ali over the first time with a shoulder block, only to be countered with a dropkick on the second time through.

Since the reset of 205 Live in January and with new General Manager Drake Maverick’s announcement of the Cruiserweight Title tournament, Drew Gulack in particular has changed dramatically, a change that mirrors the evolution the show itself has gone through. While he has always been a strong character performer, as emphasised in his early feud with Ali, under the influence of Enzo Amore he had become a caricature of the political campaigners he emulated in his quest for change. Since a pep talk from the new GM at the start of the tournament, Gulack has come to the ring with a renewed aggressive focus, still dedicated to change but instead looking to enact it through force. When the initial stalemate was reached, it was no surprise to see him begin to up the physical intensity of the match with a big clothesline, stomps to the downed man and then lifting Ali out of the corner by the jaw, an utterly barbaric looking move that I will never not find unsettling.

Ali who has defined his character by his heart, resiliency and high flying freedom throughout his entire tenure on the show, did not hesitate to also raise his levels of aggression and match Gulack, fighting back and overwhelming the bigger man with ground and pound. However it was just a moment’s hesitation when Ali realised his fighting instincts were turning him into the very thing he was fighting, that gave Gulack an opportunity to again take the upper hand with a string of brutal short arm lariats.

From this point the match truly escalated as the action moved outside the ring, with Ali flying to the outside off the top turnbuckle and getting his first attempt at the 054, his finishing move that’s inversion of the normal 450 splash is an expression of the creativity and freedom of his character. The attempt was only stopped by Gulack’s desperate lunge at the ropes knocking Ali off.

Both competitors would take hard bumps against the barricades, ring posts and commentary table. Ali’s resiliency would help him survive a close as nails count out and Gulack’s aggression would see him lose control of his emotions roaring as he drove Ali over and over again into the barricades and eventually throwing him into the timekeepers area.

The escalating nature of the conflict would be brilliantly matched by the emotion of the commentators, Vic Joseph and Nigel McGuinness who got as caught up in the story being told as us viewers. As the battle raged towards the commentary table, Jordan cleared out, pulling his co-commentator along with him and almost pulling out his own microphone while yelling for Nigel to get out of the way. The unintentional crack in the audio underscoring the chaos of the match.

Even in the final moments of the match, as Ali delivered the final 054 and decisive pinfall, Gulack was still reaching, trying to grasp the ring ropes he had used to counter Ali’s finisher earlier in the match.

Mustafa Ali may have won this round and kept alive his dream of spreading his message of hope as Cruiserweight Champion, but it is not the last time he will face off with Drew Gulack. These two diametrically opposed characters will continue to battle with one another beyond this last week and after a barn burner of a match like this one, as a viewer, I am very thankful that is the case. This was wrestling at its best, athletic, competitive and with everything anchored in clear character and engaging story.

Thanks for reading LOP, what have you thought of the Cruiserweight Tournament so far and what has your favourite match been in it? Let me know in the comments down below.

Special thanks today to the artist Nadia Ramlan, who gave me permission to use the pictures featured in this review. You can check out more of Nadia’s awesome wrestling art on Twitter @Oniwanbashu & even get her work in shirt, mug or pillow form (if you’re so inclined). Also thanks to fellow LOP Columnist Samuel ‘Plan whose book 101 WWE Matches To See Before You Die has really defined how I watch and appreciate wrestling.

WWE RAW Viewership Up for This Week, Key Demo Rating Down