The final PPV on the Road to Wrestlemania, Fastlane has drawn to a close and after a night of very enjoyable in-ring action, the biggest card of the year is starting to take shape before us.

But you guys didn’t come here for predictions or a review, so let’s get stuck in and find out who got their motors all nice and tuned up and which wrestlers forgot to put the clutch down and stalled it on the line with the biggest winners and losers at WWE Fastlane. 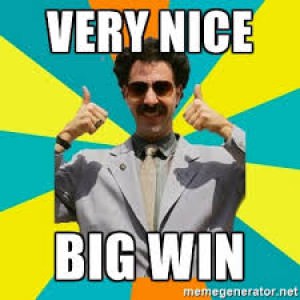 BIGGEST WINNERSWrestling Fans Everywhere
Could it be? A Wrestlemania where the fans get the matches they actually want to see? AJ Styles v Shinsuke Nakamura, Charlotte v Asuka, Sami Zayn v Kevin Owens (well I guess we can’t have everything).

After it felt like the WWE legitimately turned heel on its most devoted fans in the run up to the last few Wrestlemanias, it will be nice to have some high profile matches that aren’t at NXT, to get pumped up for on April 8. Truly we haven’t had a Road to Wrestlemania as good as this one since The Yes Movement overran the WWE’s plans for Wrestlemania 30.

To me it almost feels like we legitimately scored a 1,2,3 count over Vince McMahon’s worst intentions and I’m happy to pay the Roman/Lesnar tax for the rest of the lineup that seems to be forming but that bring me to someone who actually got the 1,2,3 count tonight….

AJ Styles
Tell me that for just one moment you didn’t think it was all over? When Cena AA’d Styles through the announcer’s desk it was easy to think it could have been the end of the Wrestlemania dream wrestling fans worldwide. In the end though the nightmare wasn’t to be, with Styles sneaking in for a last second Phenomenal Forearm and the pin on Kevin Owens.

One of my earliest pieces up here on the Lords of Pain Main Page was about how Styles has become the go to man for the WWE and this match underlined the fact yet again. Despite there being six men in the ring, the early going was completely dominated by Styles, to the extent that if it had been Cena holding the ring as Styles did, the crowd would have been apoplectic.

Amongst it all The Phenomenal One snuck in more little moments of brilliance such as tugging and ripping on Kevin Owens shorts while trying to pull the larger man off the turnbuckle or his desperation to scramble for a cover after hitting his finishers. It is these small things that add to the realism of the fight and are what set him apart from just about everyone else in the wrestling world.

Styles win also confirmed what everyone knew he deserved and hoped against hope he he would get, a main event spot at Wrestlemania 34, and for that he is indeed the biggest winner at Fastlane.

Charlotte Flair
Just as AJ Styles confirmed his dream Wrestlemania match tonight, so to did Charlotte with her win over Ruby Riot. With Royal Rumble winner Asuka making her intention at Mania known post match, Charlotte’s win may well have set in motion the biggest women’s wrestling match ever.

Tonight though the Queen of Smackdown Live managed to survive the worst efforts of all three members of the Riot Squad and by the end of the match had the crowd well and truly rising for her moonsault off the barricade and final comeback. While she didn’t get the deep throated ‘Cena sucks’ style chants, the higher pitched calls were there for everyone to hear when Riot was bending her in half, trying to get an unlikely submission.

While Charlotte was relatively quiet when she first got to Smackdown last year and some even argued she floundered in her new face role, she has now well and truly re-established herself at the top of the women’s roster and as a role model for the young girls in the crowd.

Randy Orton
Randy Orton has never done anything quickly and now after 16 years he has got his hand on the only piece of WWE gold that had eluded him, the US Title with a #vintage performance (well at least if you ask the WWE).

If this title win is a good or bad thing largely depends on where you sit with Randy Orton. It was at the Smackdown PPV before Mania last year that Orton had a fantastic match with Luke Harper and heading into Fastlane the question on my lips was if the countdown to his bi-annual decent match was about to go off?

While I would hardly call it a homerun, Orton and Roode came to the ring and put in an extremely old-school performance filled with classic, ‘anything you can do, I can do better’ spots, lots of working holds and countless counters that built off their respective finishers and signature moves.

Orton finally winning the US Title has got to count for something though, so for tonight I’ll give him a pass and he earns his place on the winners list at Fastlane.

Meal Prep
Is it just me or has the Smackdown men’s roster slimmed down? Former beef cakes Harper and Rowan have never been in better shape, Xavier Woods was never fat but is looking absolutely cut and was it just me or did Jey Uso have abs on the way to the ring tonight? The absolute only way the son of Rikishi could ever get abs is with some serious starvation.

Whatever company is behind this Smackdown Slimdown had better get out there and capitalize with some branding before these guys start to eat their sorrows, when they get left off the Mania main card for yet another year.

All I can say is thanks goodness we still have Kevin Owens holding it down for the more rotund of us out there.

Triple Threat Fans
Lastly I hope you like triple threat matches in your Mania midcard, because that seems to be what we’ll be getting from the Smackdown Live in four weeks time.

First Jinder Mahal interrupted Orton’s celebration with the US Title, then the Bludgeon Brothers broke up the Usos v The New Day and finally the minute he came the the ring to ‘observe’ the main event, we all realised the die was cast and instead of the one on one Zayn v Owens match we would love, the duo will be joined by Mr I-Gotta-Be-At-Wrestlemania, Shane McMahon, come April.

You all know the time honoured WWE proverb: two’s company, three’s an even better crowd and the 2017 addition, ‘and more’s the best kind of party’, so we should probably have seen this coming. 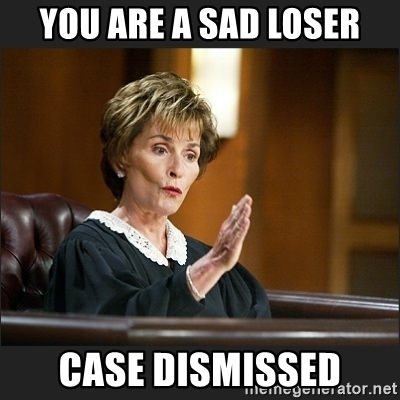 BIGGEST LOSERSJohn Cena
The idea that John Cena might miss Wrestlemania seems completely and utterly absurd but we are 4 weeks out from the biggest show of the year and despite the free agent appearing at seemingly every single WWE event that will have him, he is no closer to a match or angle heading into Mania.

The odds of this actually eventuating, are about as low as Bo Dallas making a surprise appearance in the main event, but tonight it is clear there is no bigger loser in the main event that the former franchise player who started the match like a bat out of hell, but finished nowhere to be seen.

I’m sure he’ll find his way into a match with someone, 10 minutes with Dolph Ziggler would work for me, or even a do-right with with Baron Corbin. Maybe he’ll pull the New Day trick and get announced as the Guest Host, apparently he is doing something with Nickelodeon Kid’s Choice Awards in a couple of weeks time, perhaps that is just the warm up his engine needs for his road to Wrestlemania.

The Usos & The New Day

I’m not sure if there is a list for it, but if there was ever a countdown of the greatest unfinished matches, this one would have to rank right up there. The two teams that had seemingly faced each other in every possible way last year managed to bring something fresh to the ring, seamlessly hitting the other team’s signature moves and going tit for tat until they were interrupted, and ultimately laid waste to, by Harper and Rowan.

I loved this match and wish they could have finished it but instead both teams ended up on their backs and being carried out by officials and on medical boards. So as good as they were, only one place to fits them tonight, down here on the losers list.

Ruby Riot & The Riot Squad
According to her own words the Riot Squad was formed by Ruby Riot with one sole purpose, “to destroy the myth of Charlotte Flair”……. Well I sure hope they have a plan B

Riot did a valiant job at showing what she has to offer tonight but while Charlotte is heading off to the biggest women’s match in history at Wrestlemania, the Riot Squad will be lucky to make the pre-show. There is no two ways about it, tonight The Riot Squad are well and truly on the losers list.

Anyone Not On This Card
With Fastlane marking the last single branded PPV it also markes the last chance a number of wrestlers on the Smackdown roster to get a shot at those juicy PPV cheques. Sorry Breezango, Mojo Rawley, Ascension, Tamina and anyone else I forgot, if you couldn’t get onto this card, good luck getting onto one with Raw also involved.

But that wraps it up for tonight LOP, let me know in the comments who you thought were the biggest winners or losers at Fastlane or better yet, sign up for the LOP forums and join in the post PPV chat going on down there.