The Steveson Brothers at WWE Day 1, Backstage Photos of Gable Steveson with Brock Lesnar and Migos

The Steveson Brothers sat ringside for the pay-per-view and at one point Gable was acknowledged on commentary during The New Day vs. SmackDown Tag Team Champions The Usos.

Gable took to his Instagram Stories and posted a backstage photo with new WWE Champion Brock Lesnar. You can see that photo below. Lesnar has worked with The Steveson Brothers as he also wrestled for the University of Minnesota. Gable has described Lesnar as a mentor in the past.

Gable also tweeted a ringside photo of Lesnar in the ring at the end of the pay-per-view, while Kemp posted several ringside clips to his Instagram Stories.

The Olympic gold medalist Gable also posed backstage with rap group The Migos, who made a special appearance at the Day 1 pay-per-view.

Gable is expected to start working full-time with WWE later this spring or summer. Kemp made his in-ring debut on the December 24 edition of WWE 205 Live, but came up short and took a loss to Andre Chase.

Stay tuned for more on The Steveson Brothers in WWE. Below are three related photos of Gable: 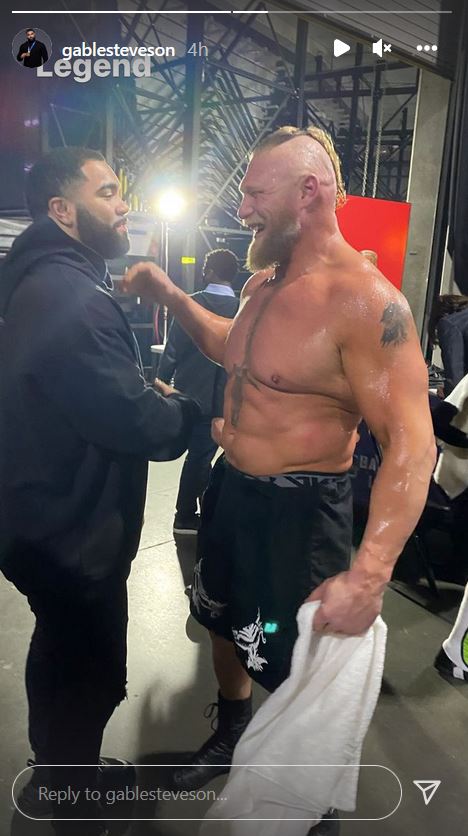 Attendance Notes for WWE Day 1, Arena Thanks Atlanta for a Sell Out