by Marc Middleton
in AEW News and Rumors
A A
65

AEW President Tony Khan took to Twitter this afternoon and made it clear that AEW talents would not be working a Wrestling For Women’s Charity Event that was being advertised, due to Joey Ryan’s apparent affiliation.

The poster included Brian Cage, Sonny Kiss and other top talents for an event that was apparently scheduled for Saturday, March 20 in Knoxville, TN. Ryan was also featured on the poster and there had been rumblings that he was involved in promoting the show. Ryan has been away from wrestling since accusations in the “#SpeakingOut” movement were made against him last summer.

The Wrestling For Women’s Charity account has deleted several posts on the show today, including the original advertisement. They have also deleted their entire Twitter account. Before deleting the account they apologized for “riling everyone up” and announced that the show had been canceled, in another bizarre tweet.

“We apologize for riling everyone up. It is clear that we’re in over our heads. We’ll say that everybody booked was fully aware of all details including going through AEW’s 3rd party booking system for talent. Rather than put talent in a tough situation, we’ve canceled the show,” they wrote.

Khan commented one the original deleted advertisement and wrote, “If Joey Ryan is there, my people won’t be there. I’ll gladly donate to the charity though.”

Khan added in a follow-up tweet, “Wait if he’s behind this (is he?), then is this charity even legit?”

It remains to be seen what, if anything, will come of the Wrestling For Women’s Charity promotion, and if it was legitimate. The @Wrestling4WC account has since been deleted altogether.

Stay tuned for updates on the controversy. You can see Khan’s tweets below, along with the event poster from before it was nixed:

Wait if he’s behind this (is he?), then is this charity even legit? 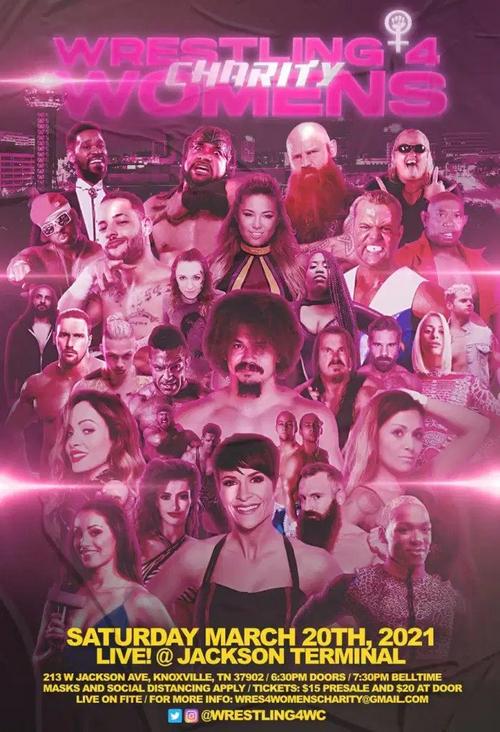 Serena Deeb Looks Back On Her Time As A Coach At The WWE PC, Talks Working With Undertaker