by Marc Middleton
in WWE News, WWE Rumors and Spoilers
A A
14

WWE has removed several top Superstars from promotional material for the 2022 Money In the Bank Premium Live Event.

As noted earlier today, WWE announced that Money In the Bank is being moved from Allegiant Stadium in Las Vegas to the MGM Grand Garden Arena, which is just across town. The event is still scheduled for Saturday, July 2. You can click here for details on the new tickets on-sale and WWE’s announcement from earlier today.

In an update, WWE’s email to ticketholders to announce the change included an updated promotional poster for Money In the Bank, but several top Superstars have been removed.

The names removed from the re-issued poster today are Reigns, Lesnar, Rousey, Flair, Lynch, Styles, Banks, Lashley, and Kingston. There’s no word yet on what this means for the planned card, if anything at all.

WWE still has not announced any standard matches for Money In the Bank, but the show will feature the men’s and women’s MITB ladder matches. Riddle vs. Reigns for the Undisputed WWE Universal Title is also rumored, but has not been confirmed.

Stay tuned to WrestlingHeadlines.com for more. You can see the old and new Money In the Bank posters below: 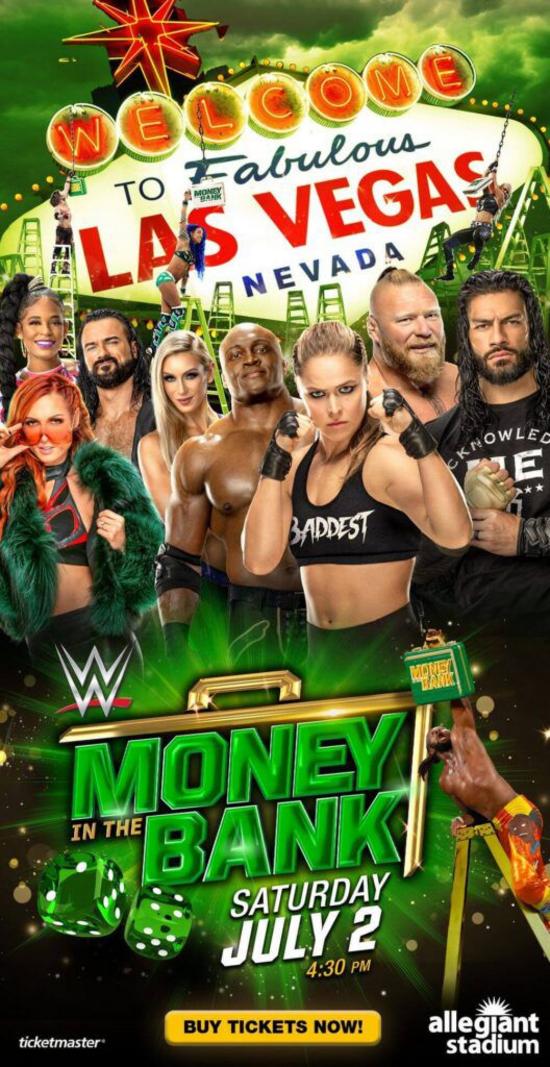 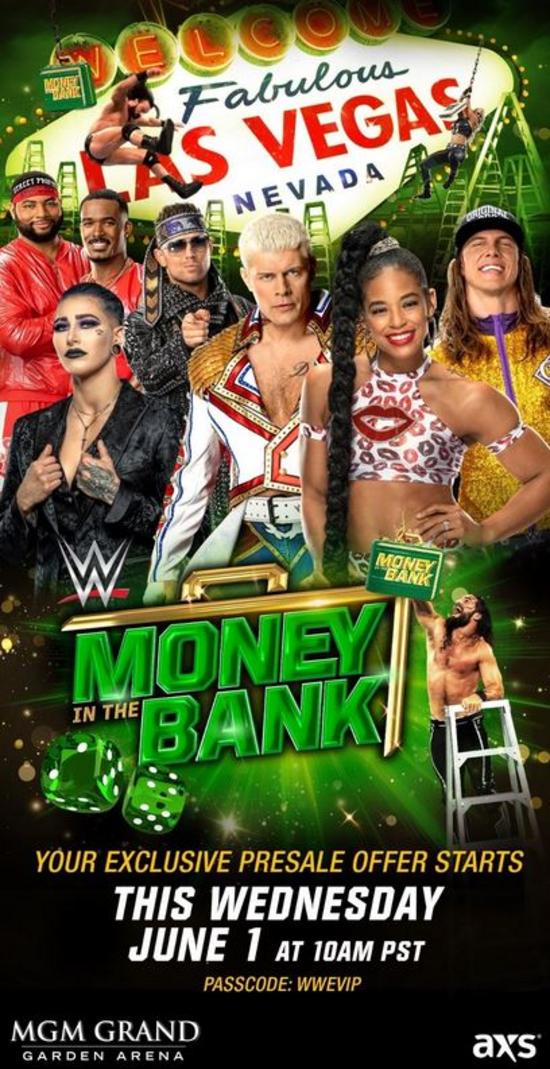 Miro Says He Gave Tony Khan A Discount When He First Signed With AEW, On Proving He Was A Main Event Talent

Thunder Rosa Thinks Paige Would Make A Great Addition To The AEW Roster: “I Think Everybody Will Benefit From It”

DDP Looks Back On Eddie Guerrero Feud In WCW: “Eddie Helped Put Me On The Map”