Former WWE NXT Superstar The Velveteen Dream (Patrick Clark) allegedly punched and bit a gym employee last month, and made death threats to the man. He remains incarcerated on a probation violation.

As we’ve noted, Dream was recently arrested in Orlando, FL and it was revealed that the Friday, August 26 arrest was related to a probation violation for an arrest for cocaine in November 2021, where Dream was put on probation. You can click here for full details on those legal issues. It was also revealed at that time how Dream was arrested on Saturday, August 20 in Orlando, and charged with First Degree Battery, a misdemeanor, and First Degree Trespassing On Property After Warning, also a misdemeanor. He was bailed out of jail by WWE Superstar Ashante “Thee” Adonis, on multiple arrests.

In an update, it’s now been revealed that Dream’s August 20 arrest came after an incident at Club Orlando, a fitness center.

TMZ obtained police documents that show the incident happened after 8pm at the fitness facility in Orlando. Police say a senior employee at the gym reported that an altercation between he and Dream began after he told Dream he had to leave an area that was closed for cleaning.

Dream allegedly went off on the man, becoming “irate and argumentative.” The incident got so intense that Dream was told he had to leave the building altogether. Dream then allegedly threatened to kill the gym employee, before hitting him in the face.

The employee claimed that he and Dream then got into a fight, where Dream bit him. The two were then separated by another employee.

Police arrested Dream after they observed teeth marks on the employee’s “left chest near the left armpit.”

Dream, or his attorney, previously filed a written plea of not guilty on the battery and trespassing misdemeanors in Orange County, where Orlando is located.

It was the Orlando gym incident that triggered the probation violation out-of-county warrant on August 26. Dream remains incarcerated in Seminole County at the John E. Polk Correctional Facility in Sanford, FL. He was transferred there from Orlando to face the probation violation, which could carry prison time. His next court date is scheduled for Monday, September 19 at 1:30pm, when he is due to be in front of Judge Donna Goerner.

It’s interesting to note that Seminole County records say Dream has no attorney and is listed as “Self or Unrepresented” for the probation violation which has him currently incarcerated, when it was previously indicated that he has an attorney working the Seminole County case for him. Jail records show that Dream has just $3.16 in his account to spend, at least as of 6:57pm this evening.

Below is Dream’s latest mugshot photo, which was taken when he was brought from Orange County to Seminole County for the probation violation warrant on August 30: 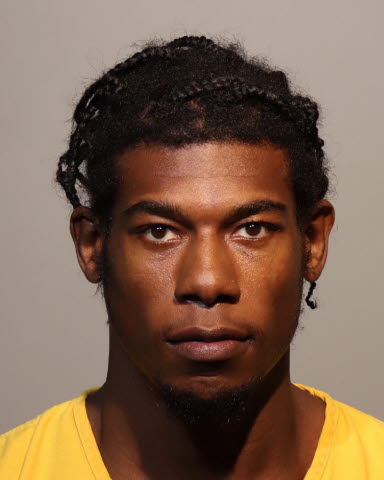 We noted a few weeks back how Dream revealed his new look and has been campaigning for a WWE return. You can click here for those photos and details on his social media campaign. Dream has not been active on social media since last week’s post that revealed his new look. You can also find details on issues Dream dealt with while with WWE, and his release at the aforementioned link. Furthermore, you can click here for EC3’s recent comments on how he caught Dream trying to photograph people in the bathroom at a party.

Dream originally participated on season 6 of WWE Tough Enough in 2015, and was signed to a WWE developmental deal in October of that year, then made his NXT in-ring debut in February 2016. Amid controversy, he was released on May 20, 2021 after months of inactivity with his last match coming as a loss to Adam Cole on the December 23, 2020 edition of NXT. Dream left the company as a former one-time NXT North American Champion.

Eric Bischoff: ‘I’m Not that Big A Fan Of Wrestling Matches’

Konnan Explains Why He Disliked Saraya’s First Segment In AEW

Backstage Notes on Ricky Starks vs. Powerhouse Hobbs at AEW All Out, Incorrect Rumors on Starks