WWE Adds “WrestleMania” to Name of the 2021 Backlash PPV

The 2021 WWE Backlash pay-per-view has been officially announced for Sunday, May 16.

This year’s Backlash pay-per-view will have a twist with the branding as it will be titled WrestleMania Backlash, featuring fallout from WrestleMania 37. The name of the event was confirmed during tonight’s Night Two broadcast of WrestleMania 37 by Corey Graves and Michael Cole.

WWE has focused on WrestleMania fallout taking place at past Backlash events, but this is the first time they used “WrestleMania” in the name of the show.

Both WrestleMania Backlash and Money In the Bank will take place from the WWE ThunderDome at the Yuengling Center in Tampa.

Stay tuned for updates on the WWE pay-per-view schedule. Below is the new logo for WrestleMania Backlash: 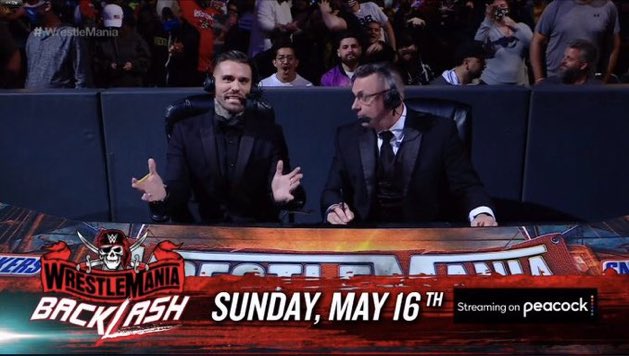 Homicide Says He Was Originally Going To Be Called “The Latin Terror,” Reveals That He Doesn’t Like The Homicide Name