WWE Champion Drew McIntyre is set to release his memoir this year.

Gallery Books will publish “A Chosen Destiny: My Story” on Tuesday, May 4.

WWE announced today that the book will highlight McIntyre’s life journey from a small village in Scotland, to the top of WWE.

“Throughout my career, I have always had an honest and open relationship with my fans,” McIntyre said. “I am honored that Gallery Books has given me the opportunity to tell my story in hopes of inspiring others around the world to follow their dreams.”

An audiobook version will also be released with McIntyre doing the reading. The hardcover, paperback and Kindle versions can be purchased at a sale price via this link. Print versions will include 272 pages.

Stay tuned for more on McIntyre’s memoir. Below is the cover art and the full announcement issued to us by WWE, which includes more details on Drew’s story and comments from the publisher: 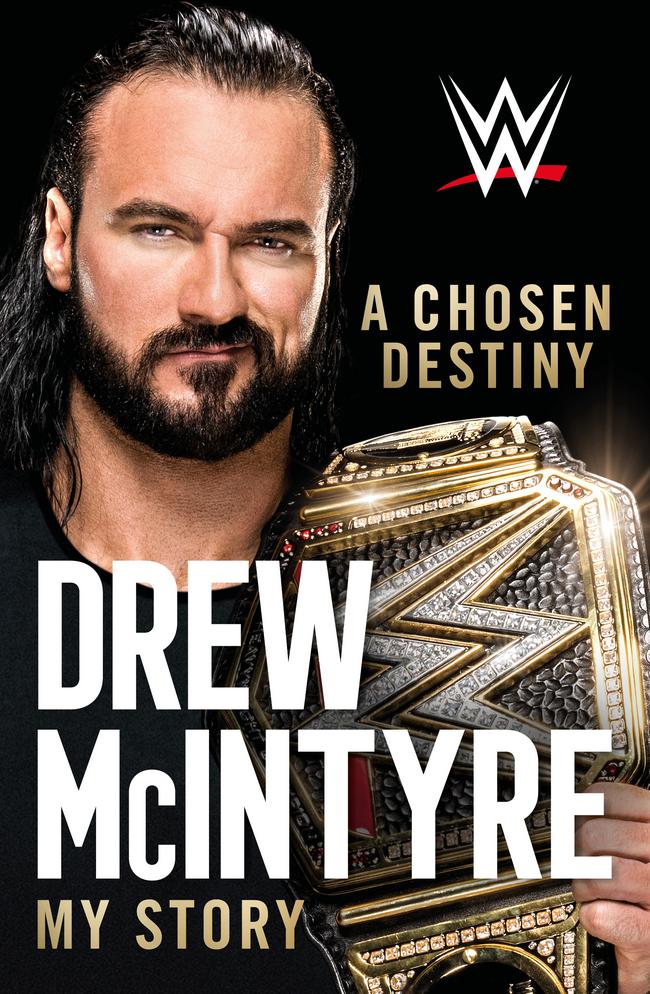 NEW YORK, February 2, 2021 – Gallery Books, an imprint of Simon & Schuster will publish A CHOSEN DESTINY: My Story by WWE Champion Drew McIntyre on May 4, 2021, it was announced today by Jennifer Bergstrom, SVP and Publisher of Gallery Books.

A CHOSEN DESTINY highlights McIntyre’s incredible life journey from a small village in Scotland to the global spotlight of WWE. From a young age, McIntyre dreamed of becoming WWE Champion. With his parents’ support, he trained and paid his dues, proving himself to the small crowds on the UK’s Butlin circuit. At age 22, McIntyre made his WWE debut and was touted by WWE Chairman & CEO Vince McMahon as “The Chosen One” to lead WWE into the future. With his destiny in the palm of his hands, he watched as it all slipped through his fingers.

Through a series of ill-advised choices and family tragedy, Drew’s life and career spiraled. As a surefire champion, he struggled under the pressure of expectations and was eventually released from the company. Facing a crossroads, the powerful Scotsman set a course to show the world the real Drew McIntyre.

Buoyed by the support of his wife and the memory of his beloved mother, Drew embarked on a mission to recharge, reinvent and revitalize himself to fulfill his destiny. A CHOSEN DESTINY is a story of grit, courage, and determination as a fallen Superstar discovers who he truly is and storms back to reclaim his dream.

“Throughout my career, I have always had an honest and open relationship with my fans,” said WWE Champion Drew McIntyre. “I am honored that Gallery Books has given me the opportunity to tell my story in hopes of inspiring others around the world to follow their dreams.”

“Drew McIntyre has captivated WWE fans everywhere with his explosive popularity and persona in and out of the ring,” said Ed Schlesinger, Senior Editor, Licensing Manager for Gallery Books. “We’re incredibly thrilled to be partnering with him and WWE to present his unforgettable, no-holds-barred story of making it to the top as World Champion.”

A CHOSEN DESTINY will also be published simultaneously as an audiobook from Simon & Schuster Audio, read by the author.

Serena Deeb Confirms Injury After Operation, Currently Out of Action

Former WWE Star Announces That He Is Expecting His First Baby

Brody King Talks Re-Signing With ROH, Talks The Injury He Suffered In 2019, Not A Fan Of Enzo and Cass Spot At G1 Supercard