It looks like Shotzi may be bringing back her tank back in the near future, possibly during tonight’s WWE SmackDown on FOX episode.

Shotzi took to her Instagram Stories earlier this week and posted a photo of what looks like her tank in storage at the WWE warehouse. You can see that photo below.

Shotzi originally used her tank in her WWE NXT entrance, and then brought it to SmackDown when she and Tegan Nox were called up in July 2021. However, the entrance was eventually nixed from Shotzi’s entrance, and she told Ryan Satin on “Out of Character” that the decision to nix the tank was not one she made.

“That wasn’t my decision, but I’m embracing the change because I’ve been the ‘ballsy badass’ my entire career. Even on the indies I was always a babyface. It’s nice seven years later to finally change up the character and find something new within me,” she said.

There’s also speculation on Shotzi possibly facing SmackDown Women’s Champion Liv Morgan on tonight’s SmackDown. It’s no secret that Liv isn’t legitimately injured, and Shotzi has called her out on Twitter for faking the injury. You can see some of their recent tweets below, along with the tank photo:

Hahahahahaha Shotzi if u wanted to wrestle, all u had to do was ask silly 😇 I think my arm may just be feeling good enough to kick ur gorgeous goblin 🍑. I’ll see u tomorrow 🦾✨ https://t.co/EYMiimoZEO

What a thoughtful queen. I actually did some shopping for you too… ya know, for the next time u deactivate your twitter 😁 https://t.co/tx6rpFtL6p pic.twitter.com/ogohlH0dU2

Hahaahah maybe. Its the closest thing to a Wrestlemania moment you’ll get 🤓 https://t.co/02cNwtijx0 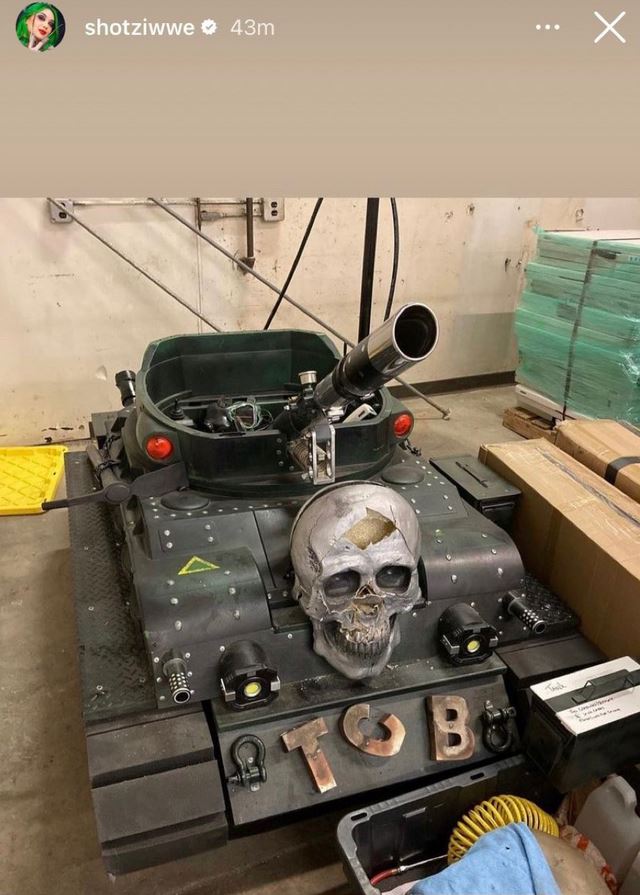 Wild Boar Talks NXT Europe, What Area He Feels Like He Excelled The Most In During Run With NXT U.K.

Al Snow Used To Fight With Head At Restaurants, Says It Would Make The Staff Uncomfortable

Buddy Matthews Says He Is Going Away For A While, Done With AEW?

PHOTO: Darby Allin Gets Staples In His Head