The promotional poster for WWE Clash at The Castle has been revealed with several top Superstars featured.

WWE announced details on hotel & Fan Experience packages for Clash at The Castle today, which you can find at this link, along with a local FAQ for the event. These packages will go on sale next Tuesday, May 17 at 12pm BST or 7am EST. An exclusive Ticketmaster pre-sale begins next Wednesday, May 18 at 12pm BST, and then tickets will go on sale to the general public that Friday, May 20.

McIntyre vs. Reigns has been rumored for Clash at The Castle, but it will be interesting to see if they can stretch the feud until September.

WWE Clash at The Castle will take place on Saturday, September 3 from Principality Stadium in Cardiff, Wales.

Stay tuned for more updates on WWE’s big UK stadium show. You can see the promotional poster below: 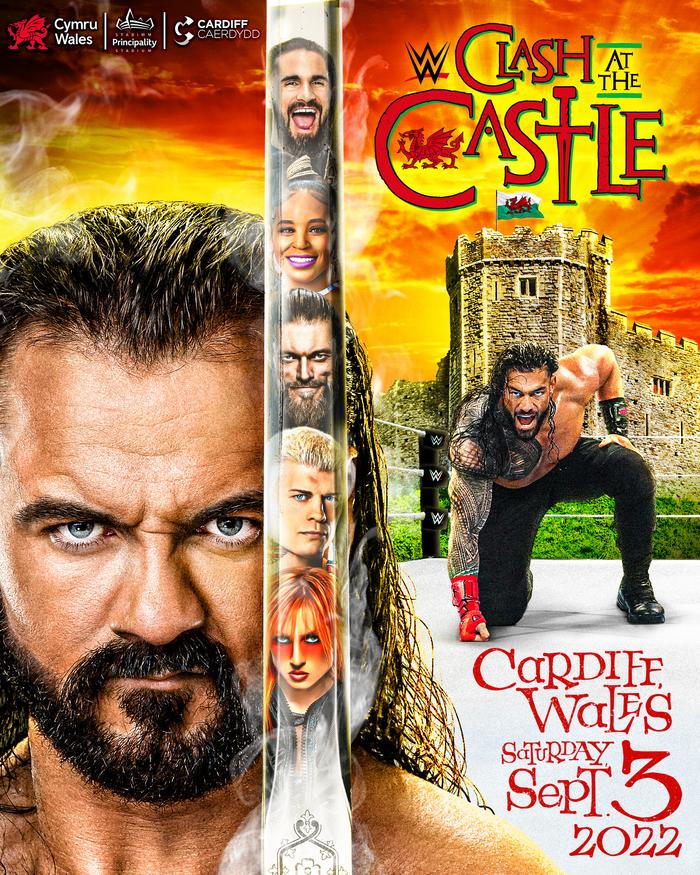 WWE Clash at the Castle exclusive hotel and fan experience packages are available THIS TUESDAY at 12 PM BST/7 AM ET! #WWECastle @visitwales @principalitysta

Get the full details and make sure you don't miss out ▶️ https://t.co/yxFx9DPBoG pic.twitter.com/9oZ9SPG4TE