by Andrew Ravens
in WWE News, WWE Rumors and Spoilers
A A
13

Randy Orton burned Bray Wyatt alive at the WWE TLC PPV event last December. WWE kept Wyatt and his alter ego, The Fiend, off television for months until he returned at the Fastlane show with a whole new look as he has burned attire.

Wyatt and Orton will wrestle at WrestleMania 37. WWE is selling masks of The Fiend, which fans can buy for $250. Here is the description:

At Fastlane, Randy Orton’s worst nightmare became a reality as The Fiend returned. The effects of being set ablaze months earlier at TLC were now visible on the face of The Fiend.

Now, for the first time, you can own the deluxe version of this Mask, taken from a mold of the mask worn by The Fiend.” 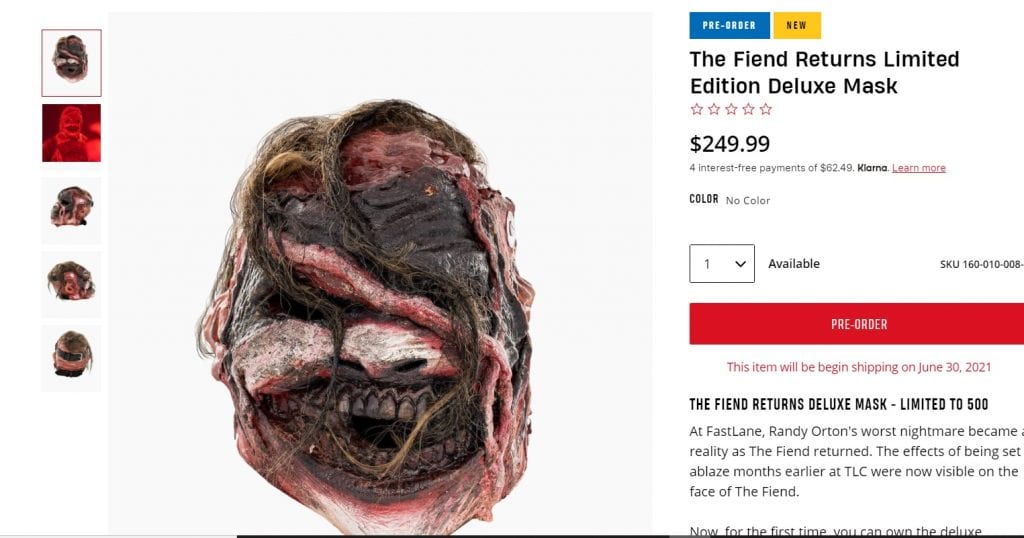 🔥 Limited Quantities Available! The #NEW Return of #TheFiend Deluxe Mask is here! Only 500 are available for sale, so act quick before they're gone! Get yours today at #WWEShop!https://t.co/qlML34B2au pic.twitter.com/pBFFI1u7tf

Nikita Koloff Says He Wrestled Over 450 Matches In 1986

AJ Styles Throws Praise To Omos For WrestleMania 37 Performance: “He Did Great”

Ricochet Explains Why He Now Wrestles In Black Jeans, Says He’s Not Sure He’ll Be Competing At Hell in a Cell

Austin Aries Declares Himself The Greatest Heel In Pro Wrestling