Next Wednesday’s NXT episode will feature the final two quarterfinals matches for the men’s tournament – Lucha House Party vs. Legado del Fantasma, and The Undisputed Era vs. Ciampa and Thatcher.

Below is an updated look at the men’s tournament brackets, along with clips from tonight’s two matches: 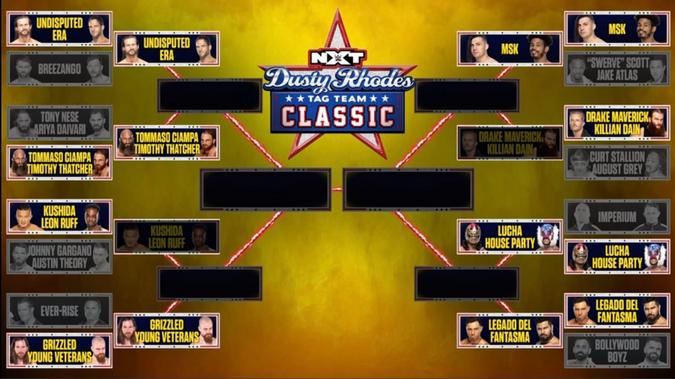 Renee Paquette Breaks Down The Differences Between AEW and WWE, How AEW Doesn’t Make Their Audience Feel Stupid

Chris Jericho Defeats Nick Gage At Fight For The Fallen, Has To Face Lucha-Libre Legend Juventud Guerrera As Next Labor To Get To MJF