WWE and Peacock have officially announced that Charlotte Flair and Alexa Bliss will be appearing on the upcoming “Punky Brewster” reboot.

We noted back in December that Bliss and Flair had been in Los Angeles to film for the series, while WWE Hall of Famer & Producer D-Von Dudley helped with producing and stunt choreography. Now the appearance has been confirmed for the series.

You can see a few behind-the-scenes photos above & below.

The Punky Brewster reboot will premiere on Peacock on Thursday, February 25. All 10 episodes of season 1 will be available that debut. Soleil Moon Frye of the original Punky Brewster series is set to star on the show, along with Cherie Johnson, Ami Foster, Quinn Copeland and others.

WWE and Peacock recently announced that the streaming service will become the exclusive home of the WWE Network in the United States beginning on Thursday, March 18. 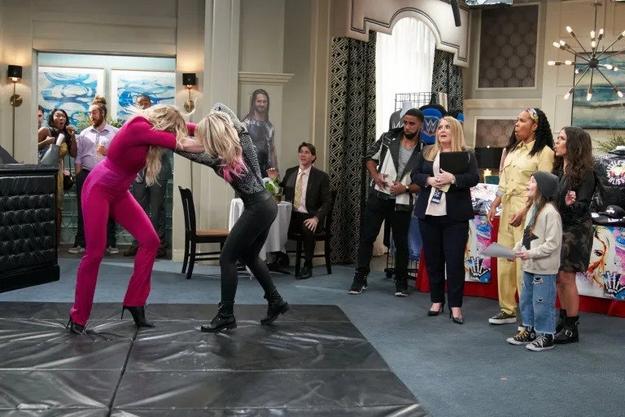 BREAKING: @WWE Superstars @AlexaBliss_WWE & @MsCharlotteWWE are set to guest star on an episode of @peacockTV's #PunkyBrewster. The new and highly-anticipated #PunkyBrewsterseries will premiere on Peacock on Thursday, February 25. https://t.co/9hEfXdUeEI

Cody Rhodes on Pat McAfee Trying to Get Hired By AEW, What He Hopes Comes from Tonight’s Shaq Debut on Dynamite, More