Home » News » WWE News, WWE Rumors and Spoilers » Zelina Vega Says Becky Lynch Was There For Her After WWE Departure

by Andrew Ravens
in WWE News, WWE Rumors and Spoilers
A A
0

Zelina Vega was released on November 13 for reasons related to WWE’s new third-party edict and later reported that it was due to her breaching her contract.

Vega recently answered a series of “True or False” style questions on her Instagram. During it, she noted that she is good friends with Becky Lynch in real life and how the former WWE Raw Women’s Champion was there for her after her WWE departure.

“True, she’s one of the people that was really there for me after I left. I’ll always appreciate her.” 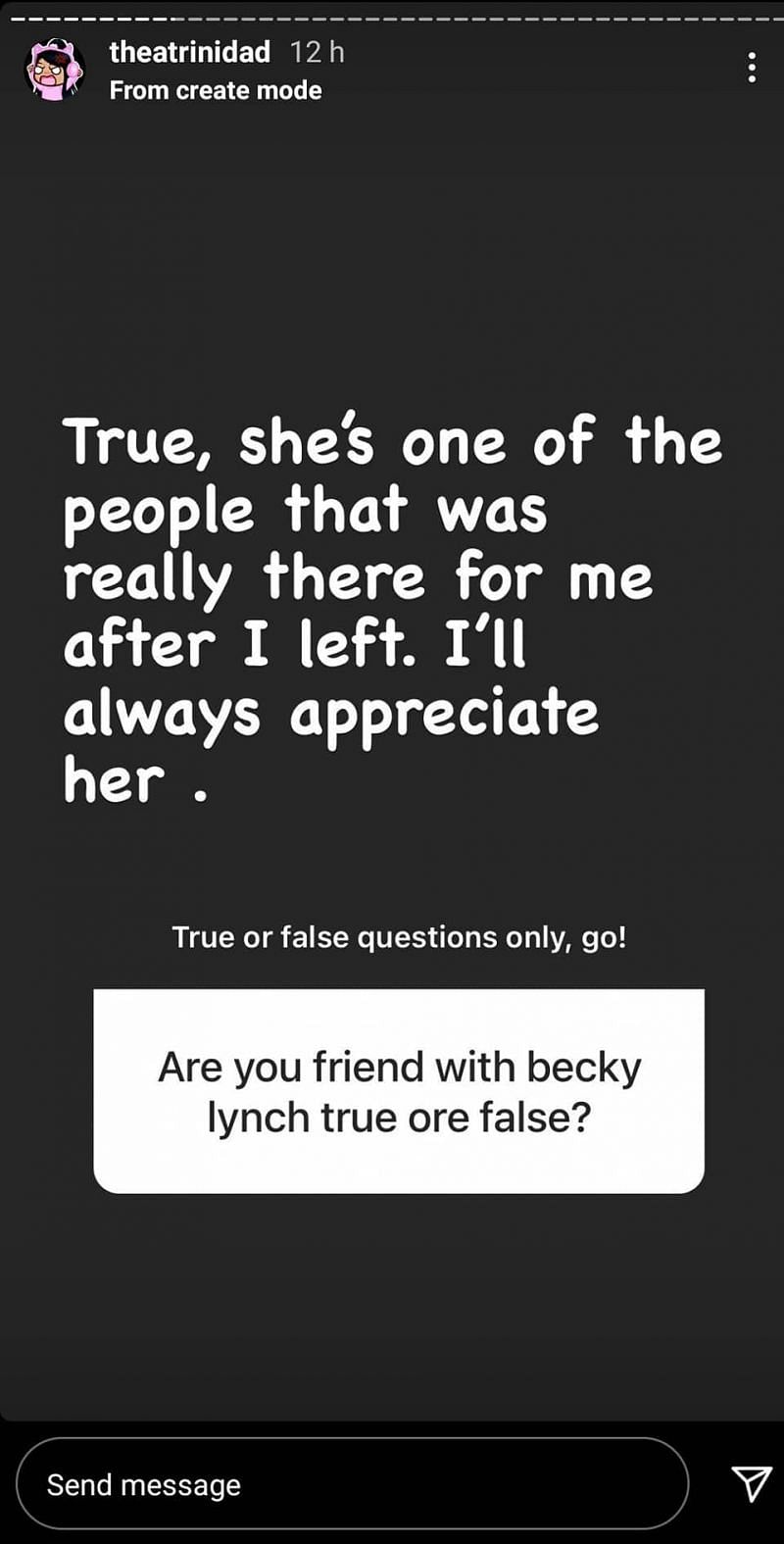 Margot Robbie On Having A John Cena Cutout In Her Bedroom

Cody Rhodes On What He Thinks Of Triple H

Mick Foley Is Not a Fan Of Annoying “What” Chants