Drew McIntyre is featured on the promotional poster for the WWE Fastlane pay-per-view, as seen below.

McIntyre has not been announced for a Fastlane match as of this writing. WWE has just one match officially announced for Fastlane and that’s Bianca Belair and SmackDown Women’s Champion Sasha Banks vs. WWE Women’s Tag Team Champions Nia Jax and Shayna Baszler.

One rumored match for Fastlane is Daniel Bryan and WWE Hall of Famer Edge vs. Jey Uso and WWE Universal Champion Roman Reigns. Tonight’s SmackDown will feature Bryan vs. Uso in a Steel Cage with Bryan facing Reigns in a title match at Fastlane if he wins.

WWE Fastlane takes place on March 21 from Tropicana Field in St. Petersburg, and will be the final pay-per-view before WrestleMania 37. Below is the poster with McIntyre: 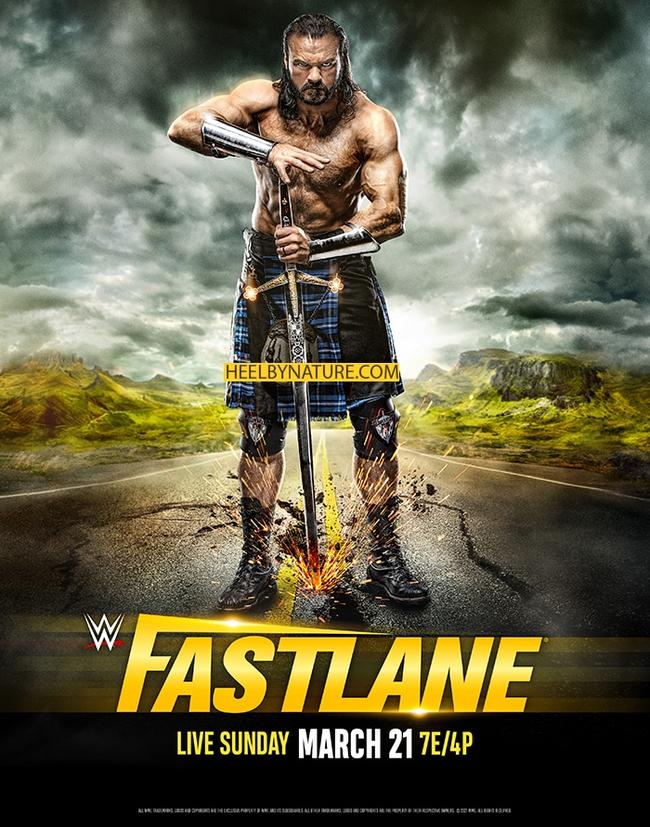 Nikita Koloff Gives Thoughts On Today’s Wrestling Product, Reflects On Working With Ric Flair, Looks Back On His Rookie Year In Wrestling and more

EXCLUSIVE: Musician Ian Abel Discusses His Tracks “Shoes” and “Not Afraid To Die” Being Used In AEW Pay Per Views, How Two Cody Matchups Helped Elevate The Songs To New Heights