by Marc Middleton
in WWE News, WWE Rumors and Spoilers
A A
28
Share on FacebookShare on Twitter

The Undertaker has joined TikTok.

The Dead Man has not posted any videos as of this writing, but his account can be found at @undertaker on the popular social media platform. He currently has 47,700 followers.

TikTok is a video-sharing social media network that launched in the fall of 2016, and has really gained in popularity over the last year or so. It is popular with people of all ages, but mainly teenagers. There are more than 500,000,000 users on the site and most are under the age of 30.

The site is currently dealing with controversy over their Chinese parent company having authoritarian links to the Chinese government. There are user privacy and national security concerns from several countries, including the United States and England, which has led to the US government considering a ban on the app. Republicans and Democrats in America have both issued memos on the app with the Democratic National Committee warning campaigns to use extra security measures while on the app.

“I got a social media account, it’s probably less than two years, right? You know, the writing was on the wall,” Taker said. “I got more matches behind me than I do in front of me. And, people are saying like, ‘Dude, you need to get yourself out there because your wrestling career is coming to an end. Now, it’s time to cash in on the brand, you know, the stuff that you didn’t do all these years.'” 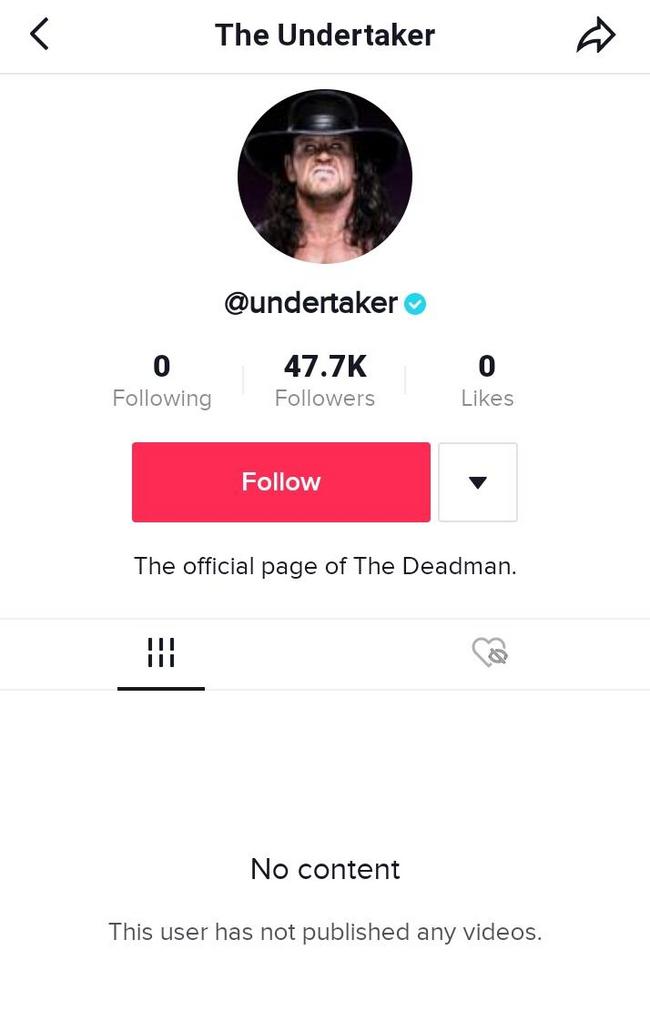 WWE “Top 10” SmackDown Moments, The Rock Comments On Old Picture Of Him and Undertaker

Renee Paquette Originally Asked WWE To Release Her Five Years Ago, Why They Denied Her Request

IMPACT Wrestling Announces Another WWE Star Has Joined The Company