Wrestlers and MMA Fighters at Celebration of Life for Shad Gaspard, Video of WWE Stars Talking About Shad

by Marc Middleton
in WWE News, WWE Rumors and Spoilers
A A
3
Share on FacebookShare on Twitter

A celebration of life was held for former WWE Superstar Shad Gaspard on Thursday in Venice, California.

Gaspard passed away earlier this month after going missing on Sunday, May 17 while swimming with his 10 year old son near Venice Beach. The two were caught in a strong rip current and Shad instructed the first-responding lifeguard to save his son, which saved his life. Gaspard was hit by another large wave and went under for the last time. His body was found on the beach a few days later. He was 30.

As noted last week, more than 500 friends and fans gathered on the beach to remember Shad in another memorial service. You can see photos and more from that tribute at this link.

Courtesy of TMZ, below is a photo of wrestlers at Thursday’s service for Gaspard: 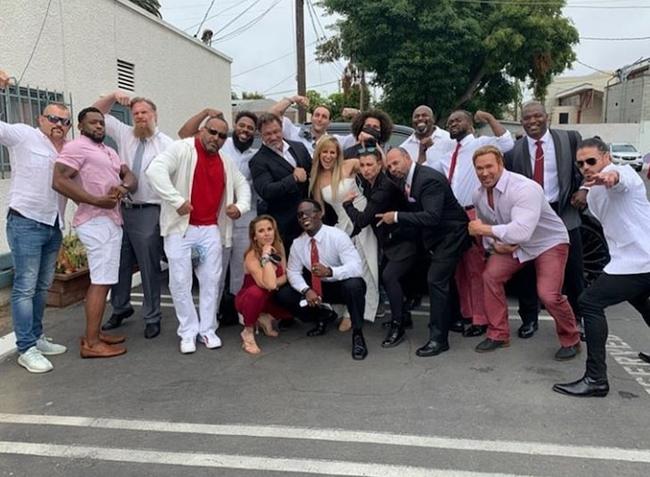 Interesting Trademark Attempt Made By AEW

Stokely Hathaway Names Comedy Legends As His Influences As A Manager

Jade Cargill Says She Did Voice-Over For A “Huge Animated Show,” Brody King Comments On The House Of Black’s Destruction

Top Superstar Did Not Attend Most Recent IMPACT Tapings