WWE Hall of Famer The Undertaker is set to perform his first-ever one-man show for the company during SummerSlam Weekend.

WWE announced today that “Undertaker: 1 deadMAN SHOW” will take place on Friday, July 29 at Wildhorse Saloon in Nashville, Tennessee, as a part of SummerSlam Week.

The show will feature Taker “in an intimate setting, sharing never-before-heard stories from his Hall of Fame career and taking questions from the WWE Universe in attendance.”

Tickets for the Taker show will go on sale this Tuesday, June 28 at 10am CT via Ticketmaster. A limited number of VIP tickets will also be available, and those include premier seating and a meet & greet with Taker.

WWE SummerSlam is scheduled for Saturday, July 30 from Nissan Stadium in Nashville. The event will be headlined by Brock Lesnar vs. Undisputed WWE Universal Champion Roman Reigns in a Last Man Standing match.

Stay tuned to WrestlingHeadlines.com for more on SummerSlam Week. Below is the poster for the Taker event: 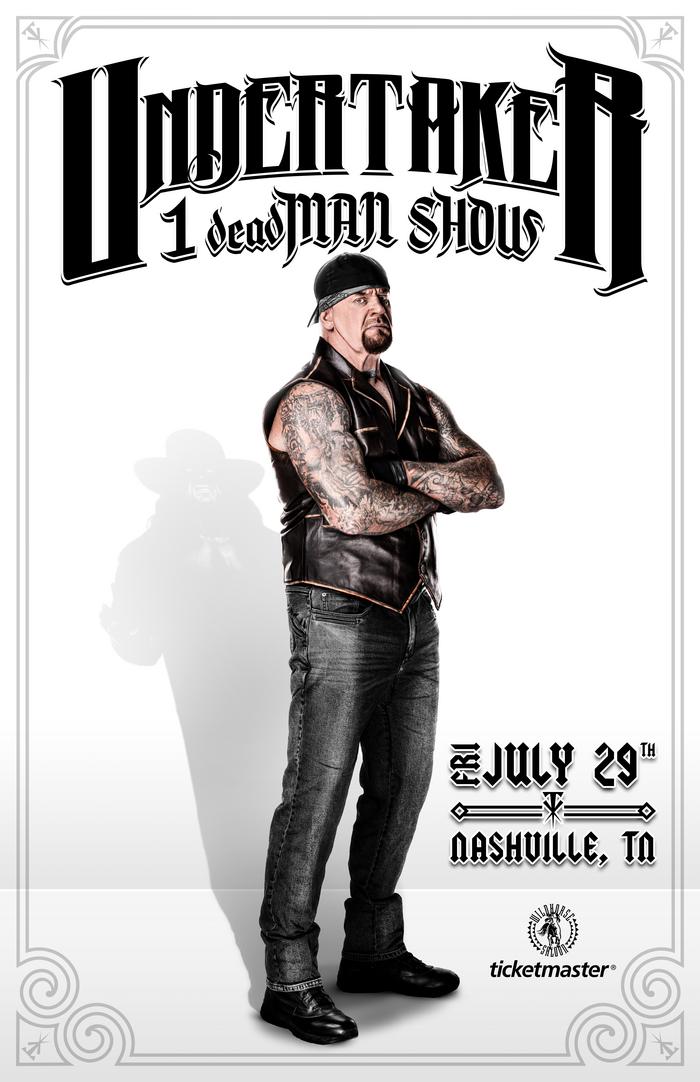 Eric Bischoff on a Possible WWE Return Under Triple H, “Throwing In the Towel” with AEW, More

Kenny Omega Speaks After AEW Return, Says It May Be a While Before He Goes for a Singles Title, More

AEW Women’s Championship Match Confirmed For ALL OUT