WWE SmackDown Superstar Big E has trashed his neck brace, which is a good sign for his future.

As we’ve noted, Big E suffered a broken neck during the March 11 edition of SmackDown on FOX in Birmingham, after taking a belly-to-belly throw from Ridge Holland at ringside. He was stretchered away from the ringside area, and then taken to a local hospital for further evaluation. He confirmed that same night that he suffered the broken neck when taking the move from Holland, and later announced that he fractured his C1 vertebrae and his C6 vertebrae, but would not need surgery. He also confirmed that there was no damage to his spinal cord, and no ligament damage. He was released from the hospital that same Sunday, and then returned home in Tampa to begin his recovery.

In an update, the former WWE Champion took to his Instagram Story on Monday and threw away the neck brace that he’s been wearing since the injury.

The quick video did not include any caption or voice-over, but you can see a screenshot below. This comes after he was recently spotted in social media posts without the brace on.

Big E previously announced back in early May that his C1 vertebrae wasn’t healing optimally, so he had to spend another 4-6 weeks in the neck brace, so this new Instagram Story post is in line with that timeframe. Big E added then that he was spending the additional time in the brace in hopes of avoiding neck fusion surgery, so this latest post could be a sign that he will not need that operation.

There has been no announced timeframe for Big E’s return. He did reveal in late March how he came close to suffering a stroke, paralysis or death when the injury occurred on SmackDown that night. There’s still no word on how long Big E will be out of action, but we will keep you updated.

Stay tuned to WrestlingHeadlines.com for more on Big E. Below is a screenshot of the Instagram Story post: 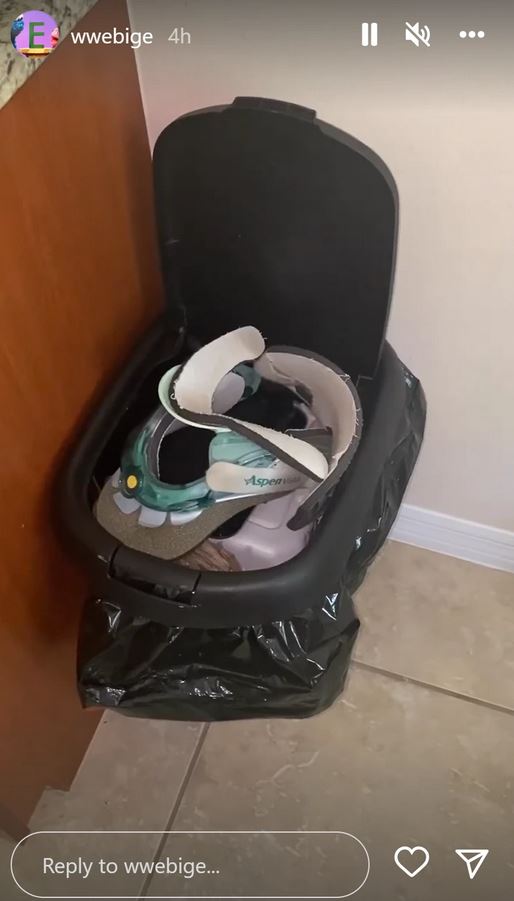